Deliberately stepping away from a comfortable home operating position to practice ham radio in poor conditions is not an idea too many amateurs find appealing, yet it is a situation that radio amateurs should be familiar with before it actually happens, because at some point it probably will happen. If you have never thought about “roughing it” with ham radio, or maybe you have and never got past the “thought about it” stage, then get ready for an Off Grid Ham reality check. Winter Field Day is January 28-29.

There are basically two types of hams: True believers who enjoy radio as a stand alone hobby and pursue it out of personal interest, and those who get involved with ham radio not as an activity unto itself but simply as a utility needed for survival/prepping purposes, or as part of their involvement with public service organizations. The latter group is interested in radio only to the extent that it is useful for SHTF scenarios and related activities. 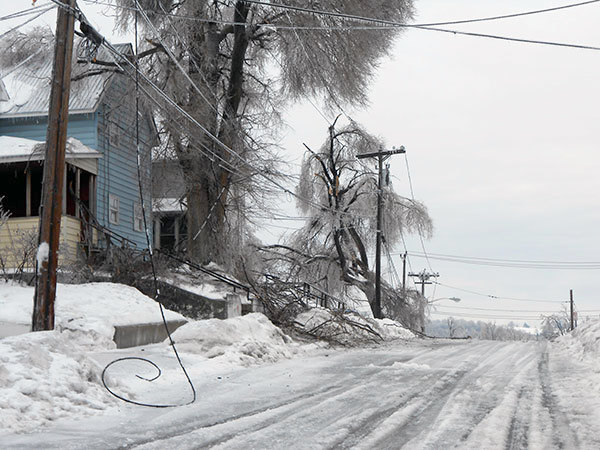 Ham operators who are not preppers/survivalists don’t participate in Winter Field Day because they probably don’t see the need; they believe the possibility of a disaster is so remote that in their view it’s not worth the time and hassle to practice for the end of the world. Winter Field Day also does not have a lot of appeal as a contest. There’s just not much of anything in it for them. They may even think survivalists are tin foil hat nutjobs and resent what they perceive as outsiders butting in on the “real” hams’ band space.

At the other end, preppers & survivalists most certainly accept the possibility of a SHTF calamity, sometimes to the point of it being an obsessive pathology. They partake in ham radio not as a hobby but as component of a larger SHTF plan. These reluctant hams often don’t do Winter Field Day because they do not have the technical knowledge or resources to set up an effective station. They may think that ham radio is filled with overrated elitists; passing a 35 question test and buying a $30 Chinese handheld radio is good enough “training”.

I’ve seen experienced hams who would not dream of operating from anywhere that didn’t have central heat and a thick padded chair. And I’ve seen survivalists out in the woods get completely flummoxed by a simple dipole antenna. Both have a long list of excuses not to take advantage of Winter Field Day. Each group’s resistance to crossing over to the other side –or at least understand where the other side is coming from– is the most popular and lamest excuse of them all.

How did I do identifying the unfair stereotypes? Did I nail it? Stereotypes are unfair in the general sense, but all stereotypes are true to some degree, i.e., not everyone deserves the label, but neither does no one.

As someone who lives in both worlds, I totally get it. I tell all preppers/survivalists who will listen that amateur radio has a low barrier to entry but the learning curve is quite steep once you are in the door. It can take years, perhaps decades, to get really good at it; even then there will be a lot you don’t know. Winter Field Day is an excellent opportunity to test radio skills in actual survival conditions.

I tell all non-survivalist hams who will listen that the “end of the world” is not a far-fetched doomsday theory. The threats are many and real. Being an experienced radio amateur puts them in a unique position to be key players when the world goes poof but first they must pick their ass up from the thick padded chair and go practice in the wild. Winter Field Day is an excellent opportunity to expand one’s amateur radio horizons and prepare for a time when the cold and the wind may be all there is.

But whether you want to be a good survivalist or a good radio amateur (or both), a skill is not very useful when used in a vacuum. Survivalists need better radio skills, and radio folk need better survival skills. Can you see where I’m going with this? By the way, both survival and radio skills can be practiced at any time. There is no need to wait for a special day.

If you just had a blinding flash of the obvious and concluded that the two factions need to get together and appreciate and learn each other’s ways, congratulations. You have successfully seen the light.

I would like to see Winter Field Day become a time when survivalists show hams things that will be very helpful when SHTF, and hams push the survivalists a little further up that radio learning curve. Is it wishful thinking? Probably, but every great idea started with a wish.

Winter Field Day is January 28-29. Go team up with someone you can trade knowledge with and make it happen.

8 thoughts on “Winter Field Day Should Bring Two Worlds Together.”