On two previous occasions (here and here) this blog published editorials calling for a shortwave radio broadcast “revival” to oppressed foreign countries with censored internet and no free speech protections. Since then, shortwave broadcasts have declined even more. The invasion of Ukraine by Russia and other world events makes the reversal of this trend not just a good idea, but a moral imperative. Off Grid Ham is calling for nothing less than the full reinstatement of freedom-based international shortwave multilingual broadcasts. The programming should run 24×7 and be produced in and originate from the United States or an allied Western democracy.

The internet is only for free people. 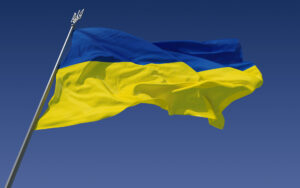 Ever since the rise of the internet, shortwave outlets in free democracies have, in the mind of many, become outdated and irrelevant. What naturally followed was transmitters going dark. Shortwave broadcasts will never be irrelevant as long as Vladimir Putin, Kim Jong-Un, and others like them exist. As we have seen ad nauseam, the internet and news media only works when the government does not mess with it. Therefore, it’s not truly “free”.

The most important benefit of shortwave broadcasting is that it cannot be readily censored by tyrannical governments. Furthermore, there is no way to track who is listening. In countries that tightly control internet access and spy on everyone, passing information via an unconnected device that cannot be pinged, traced, or geo-located is the only realistic work around.

Voice of America used to have transmitter sites all over the world, including three in the USA alone. Today, they have only eleven worldwide. Of those, VOA does not specify how many are shortwave. Most sites are located in or near the listening audience they serve. That means they are vulnerable to being shut down if an unfriendly government so chooses. There is only one VOA shortwave transmitter site left in the USA. I looked all over the VOA website and could not even find a complete broadcast & frequency schedule. Eventually, I circuitously found a partial schedule via a search engine. It seems VOA has become barely more than an on line news website and collection of podcasts.

Radio Free Europe,/Radio Liberty also deeply cut their programming hours and signal coverage. Finding their broadcast schedule & frequencies is even harder than it is for VOA. The United States left shortwave to rot; there is no meaningful un-censorable rebuttal to propaganda. RFE/RL is supported by the same Federal agency that funds VOA.

The answer is not that hard. shortwave

Analog shortwave radio is not new technology, nor is it particularly expensive. If the willingness were there, the United States could have new transmitters on the air in a matter of months. In the near term, there are privately owned shortwave stations in the USA that could be contracted to broadcast programming.

The main roadblock is a lack of appreciation of the value of shortwave radio. Few people even know what shortwave radio is. Of those who do know, many have this image of grandpa putzing around a tube radio for news from the Old Country. It’s not flashy, modern, or well known, but shortwave radio is the only medium that can evade efforts to control information. Malevolent governments have not given up on shortwave, and neither should the free world. In fact, oppressive regimes have stepped up their presence on the HF band as democracies abandon it.

Where radio amateurs may step in. shortwave

As of this writing, the Ukraine government has temporarily suspended domestic amateur radio licenses. Eventually, Ukraine will either reinstate them or rogue operators will go on the air anyway. I can see a scenario where radio amateurs may step in and fill the hole left by the decline of shortwave broadcasts. Radio hobbyists should not play the role of news agencies, but might end up doing exactly that. Off Grid Ham will be happy to assist in this effort, should it come to fruition.

Ukraine is not the end, it’s just the latest recurring sad story.

Putin has stated very clearly he wants to “put the band back together” and reconstitute the Soviet Union. Speculating on the consequences of that are beyond the mission of this blog, but it does say quite a lot about the long term need for expanded shortwave broadcasting from free, democratic nations.

The war in Ukraine has proven, again, that shortwave radio is not an outdated, unnecessary medium. We can turn our TVs to any American news channel and see for ourselves why shortwave radio is more relevant than ever. That is, until the TV news is censored.

Off Grid Ham supports and prays for Ukrainians and repressed people everywhere. For 246 years the United States has been the Gold Standard of freedom, One Nation Under God, and a beacon of liberty to the world. It’s long past time to use a medium that respects no borders to reach out to those who aspire to live as Americans do.

The United States is morally obligated to bring back shortwave broadcasting, immediately.

22 thoughts on “The Transmitters of Freedom, Chapter 3: COMMENTARY.”