My May 5, 2019 commentary, The Transmitters of Freedom Should Be Turned Back On, unexpectedly generated a great deal of attention. It quickly became one of the most reposted and shared articles on this website. It’s encouraging that so many people care about this issue. It warrants a follow up. I investigated further and it seems there is good and bad news regarding shortwave broadcasting. 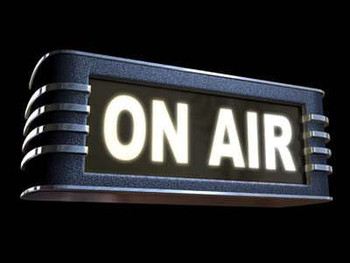 Shortwave broadcasting is not dead, it’s just being kept alive by the wrong people. Shortwave broadcasting is almost exclusively the domain of sleazy oppressive governments and religious outliers. Communist-run Radio China International took over some of Radio Australia’s old frequencies when Australia discontinued their international shortwave service. And here’s something that should make shortwave fans seethe: The savings from shutting down shortwave saved the Aussie government…wait for it…was less than two million dollars.

That’s right. To save what isn’t even a budget rounding error, the Australian government killed shortwave to tens of millions of people. They probably could have raised that money from private donations.

When a pro-democracy voice leaves the platform, someone will step in to fill the vacuum. That “someone” is usually a bad actor. It’s unlikely shortwave broadcasting will ever completely die. It’s also unlikely shortwave will ever go back to the glory days no matter how obvious its practicality may be. Expect to see oppressive governments increase their presence on the HF bands at the same rate democracies abandon them.

The victims of tyrants, socialism, communism, etc., still clamor for the news of truth and freedom. They unfortunately have few options due to the rise of the internet and subsequent decline of shortwave broadcasting. Old school analog AM radio may seem like a quaint anachronism, but unlike the internet it requires very little infrastructure and is difficult to defeat.

The BBC has increased –yes, increased– shortwave broadcasting to the Kashmir territory in Asia. The backstory is somewhat complicated, but the short version is that India, Pakistan, and China each control a portion of the area. All three nations dispute the territorial claims of the others. India shut off the internet, some of the media, and phone service to the area.

To fill the information void, the BBC added one hour and forty five minutes of programming to the region. While this may not sound like much, put yourself in the people of Kashmir’s shoes. If you were living under a media blackout, having nearly two extra hours of uncensored news would be deeply meaningful.

Sound of Hope started as an effort to bring homeland news to Chinese people living in the United States. It  has grown into a full-blown pro-democracy shortwave broadcasting network beaming to mainland China and Hong Kong. They have even found a way to evade the jamming of their programming by using a network of small transmitters placed in strategic places. Sound of Hope moves its signal to whatever transmitters are least effected by the jamming. It’s an effective system.

As one of the few media outlets that can defeat communist censorship, Sound of Hope has become a significant player in supporting the pro-democracy demonstrations in Hong Kong.  Sound of Hope is not sponsored or funded by any government. It is run mostly by volunteers, many of whom are placing themselves at great personal risk by helping the network. It should be a national embarrassment that a group of volunteers with little money are doing what large governments deemed “too expensive” and “ineffective”.

What all this means.

A few extra hours of regional programming from the BBC and an obscure volunteer network in China does not mean shortwave broadcasting is making a comeback. At best, it’s a de facto admission that getting rid of shortwave was a bad idea. The internet may be a superior form of mass media, but only if it is open and free. The issue of the internet being too easy to censor or outright shut down remains unresolved.

Not long after I posted my original Transmitters of Freedom… article, a reader contacted me and said he was going to send a copy of it to Senator Marco Rubio in his home state of Florida. I don’t know if the reader followed through on that, but I’d like to see the US government recommit to shortwave broadcasting. My opinion that shortwave broadcasting is worthwhile, relevant, and necessary is not only unchanged, I’m now more convinced than I was before.

Across these two articles we’ve gone into great detail about why international programming is still needed. I’m not so full of myself that I believe a US Senator would jump to his feet and take up this cause just because I say it’s important. Perhaps the millions of freedom-hungry people in Kashmir and Hong Kong will be more convincing. The small steps forward by the BBC and Sound Of Hope are encouraging, but they are just that…small steps. I hope leaders of the free world who have the power to restore shortwave broadcasting will do the right thing and send the signal freedom-hungry people need to hear.

14 thoughts on “The Transmitters of Freedom Get A Little Louder.”