Along the same lines of the hysterical hair on fire “they’re taking two meters away!” fake news from last summer, the latest amateur radio rumor mongering originates from the state of California. It seems that ham radio repeaters are being kicked off government-owned towers, particularly repeaters used for emergency service.

This would be very disturbing news if it were actually true. The truth is much more mild. CALFIRE, the state level fire protection authority, is evaluating every repeater site and it turns out a small number of them are not used for emergency service. In other words, they are just squatting on the tower without providing any meaningful emergency communications function. These repeater owners are being told to pay for the tower space at the market rate or get out.

It isn’t any more complicated than that. As everyone knows, it takes only one scatterbrained big mouth with a social media account to start the chain reaction. And once it gets going, it’s impossible to stop. There is never a shortage of suckers who will like and share and copy and paste without even the smallest level of critical thinking.

It smelled from the very beginning.

I suspected this was fake news. I’m no Sherlock Holmes, but I didn’t have to be. The rumor appeared only on social media and obscure blogs. No authoritative amateur radio news source carried the story. 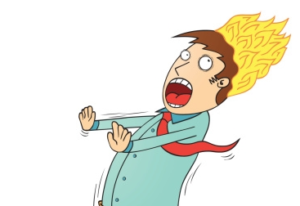 Other commentators proposed the government was embarrassed that multi-billion dollar public safety communications systems were being outperformed by hobbyists using cheap off the shelf equipment. To avoid looking bad, they kicked amateur radio repeaters off the towers. That the story originated in California, a state famous for political controversies, gave the suspicions additional fuel.

It takes only light scrutiny to renounce these ridiculous tin foil hat conspiracy theories. And as with the last round of viral amateur radio fake news, it got big enough to prompt a statement from the ARRL:

“By all credible and reliable accounts, the State of California has not turned its back on Amateur Radio as an emergency communication resource nor have established repeater owners been asked to remove their equipment from state-owned sites unless they pay sizeable fees…

…CAL FIRE has transferred responsibility for its communications sites to its property management department. That department has the task of evaluating each site, its condition, use, and tenants. If a repeater not known to be associated with the emergency management function of a local jurisdiction is found in a CAL FIRE vault, the default action is to move it out or subject it to commercial rental rates.

…if any affected repeater is in any way involved with local emergency or government support activity, they should ask that agency to engage with CAL FIRE concerning the repeater. If the agency makes the case, there is a good chance that the repeater will be unaffected,”

You can read the entire ARRL statement here.

A promise to Off Grid Ham readers.

I cannot and will not chase down every shred of amateur radio gossip that floats by. What I can do is promise to post articles and information that I have personally vetted and verified. Being truthful is more important than collecting clicks. I want to be known as someone whose word can be trusted.

I’m really disappointed with the individuals who ran to their keyboards and didn’t question any of it because “they saw it on the internet so it must be true”. I’m even more disgusted with the bloggers and influencers who used their large platforms to spread a story they knew or should have known was suspicious on its face and required further fact finding. Had they done that, this rumor would not have spread so far. I hope they are happy with their site traffic metrics because it cost them their credibility.

8 thoughts on “More Fake News, And A Promise.”