You can’t unpull the alarm.

All the things that make the internet fantastic can also be to its detriment. Looking up a callsign, for example, is as easy as tippy-tapping a few keys. None of us who were there miss the days of flipping through a three inch thick $29.99 (in 1985 dollars!) paper Callbook. At the other end of the scale, the internet is also very adept at propagating incorrect, misleading, or outright false information. Adding to the drag is that once the information is out there, it’s impossible to pull it back. In an unfortunate collision of ham radio and the internet, there is a vastly inaccurate campaign and petition going around to “save” 2 meters.

As expected, the tall tale has an element of truth to it. The World Radio Conference meets every year. It’s a global effort to coordinate frequency use and allocation across the spectrum. At a recent lower level pre-conference meeting in Prague, the French delegation brought up the possibility of repurposing the 2 meter amateur band for aviation use. 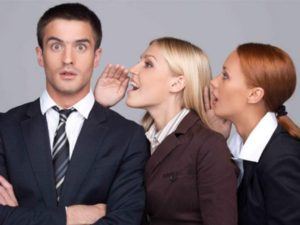 The idea was just that…an idea. The pre-conference came to no binding decisions because it has no authority to do so. Someone, somewhere, picked up on this proposal and interpreted it to mean “they were going to take 2 meters away”.

Pulling the trigger with a blindfold on.

This “someone” apparently did not perform any due diligence or verify the facts through a credible source. They simply released their unvetted petition on the internet and it took off from there. I personally saw it dozens of times across several online platforms. I did not sign it; I’m not even sure to whom or what the petition was intended.

I’m sure this person had the most benevolent of intentions. They felt they were starting a genuine grass-roots effort to preserve the 2 meter band. Yet, I cannot give them a pass on their astonishing lack of judgement and extreme negligence. They did not verify even the most basic of facts. They did their cause no good as it wasn’t even a legitimate cause in the first place. And the same harsh assessment goes out to all the (until now) credible blogs and forums that posted & reposted the petition without question.

Putting the fire out.

The topic became so hot so fast that the ARRL issued a statement more or less asking everyone to knock it off with the hair-on-fire hysteria. They calmly explained the 2 meter reallocation issue would not even come up for serious discussion until at least 2023, if it came up at all. There would still be a lot of hoops to jump through after that. They added that independently pursuing this issue could even hurt the cause.

The frantic internet posts have somewhat dissipated, but the petition continues to collect signatures. Obviously the ARRL’s effort to inject good sense into this mania has not spread as far as the original hot mess. On the internet, that’s how it usually goes.

Where to go from here.

Do not sign the “save 2 meters” petition, repost it on line, or promote it on the radio. If you really want to preserve 2 meters (or amateur radio as a whole), join a club, rag chew on the air, check into a net, Elmer a newcomer, or serve your community. Before spreading any information, verify it from a credible source, preferably more than one source. If it sounds far-fetched, it probably is.

If you got sucked into this vortex of madness, reconsider your thought process and think about how blindly accepting unconfirmed (and ultimately inaccurate) information can cause untold and uncontrollable problems. As radio amateurs, we are supposed to be in the communications business. This entire incident could have been avoided with some simple fact checking.

4 thoughts on “2 Meters Is Not Going Away, So Chill Out.”