A good value for the money never goes out of style.

Back in February of 2016 the Off Grid Ham 100 Watts for $300 solar project made its debut. Over four years later it is still one of the most-viewed articles on this website with several hundred hits every month. The conclusion I’m getting is that off grid ham radio on a budget is very popular and amateurs are hungry for information on how to pull it off.

Regular Off Grid Ham reader David from the awesome state of Maine recently sent in a link to a solar energy product he found on Amazon that amateurs will love (we’ll get to the details in a moment). That got me thinking: What’s happened in the last four years? Can we still put together a 100 watt solar setup and stay within a $300 price goal?

I did some research, and it’s mostly good news.

To make this comparison relevant, I used the same equipment, specifications, and suppliers from 2016. The good news is that the price of solar panels have come down so far that it more than makes up for the increase in the other items, resulting in a net lower cost from 2016. I will also take this moment to point out that I correctly predicted in January of 2018 that the solar panel tariff imposed by the Trump administration would not be the armageddon many “experts” foretold.

We’re still going to focus on three main components: A 100 watt (or better) solar panel, a solar controller, and a battery in the 25-35 amp-hour range. We will also include money for assorted hardware, connectors, cabling, and other incidental expenses.

It looks like we’re coming in around eighteen bucks less than 2016. By the way, the 2016 solar panel was a less efficient polycrystal model. For 2020 we’ve upgraded to a better monocrystal version and found it for $41.00 less. The biggest price bump was the controller.

So to answer our question, yes, we can still get 100 watts for $300…a little less, actually. Solar panels have crossed below the magic line of $1.00/watt at retail prices for a single panel, something that was unheard of in 2016.

But…we can do even better! off grid ham radio on a budget 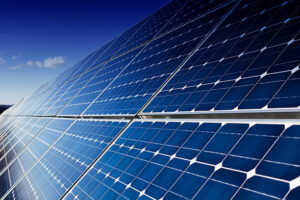 David from Maine tipped me off to this 100 watt “suitcase” solar panel setup. I have not used this exact product myself, but It looks like a great value for $169.99 and I could not find any obvious “red flags”. This setup includes a monocrystal panel and either an HSQT or Renogy charge controller. If you go with the Renogy controller option, the price drops to $149.99. Both units are good, but the more expensive HQST controller allows you to add more panels up to the 30 amp limit while the Renogy tops out at 10 amps. If you do not intend on adding more panels at a later time, the 10 amp controller is plenty.

Both packages include short MC4 cables. If you can live with the short cables, all you need is a battery. A battery would bring the total to $231.94 (30 amp HSQT controller) and $211.94 (10 amp Renogy controller). The bottom line is that following David’s tip will get you a complete 100 watt solar power plant for just over $200.00.

Polycrystal vs. monocrystal. off grid ham radio on a budget

The main difference between mono- and poly- crystalline solar panels is monos are more efficient, so they will (usually not always) be smaller than a poly panel of the same wattage. The difference is very small. Unless space is critical and even one inch will make a difference, don’t get too hung up on this. Monocrystal panels are not necessarily built with better quality materials or have a longer service life than polycrystal versions. This Off Grid Ham article discusses different types of solar panels in more detail.

And now, the bad news.

The drop in solar panel prices accounts for our entire savings, and that’s not a good sign of things to come. I’m predicting the price of solar panels will not go much lower, at least not with current technology and production methods. At the same time, the cost of charge controllers, batteries, and other necessities continues to rise. At some point, cheap solar panels will not be enough to cancel out the increased prices on the other items. We’re still under $300 for now, but the easy ride will ultimately come to an end. Of course, all this could change with emerging  technologies. Some big new thing can (and probably will) come along and upend everything.

What we learned today. off grid ham radio on a budget

Not only is the “100 watts for $300” goal still alive in 2020, it’s certainly possible to come in much lower than that! The price drop on solar panels more than make up for price increases on the other components. 2020 is a great year to take amateur radio off grid. It’s more affordable with more choices than in 2016.

This OGH article from June 2016 describes the different types of solar panels.

This OGH article from October 2017 gives other options for going off grid for cheap.

Attention Off Grid Ham groupies: Do you have a question or topic you’d like to see addressed on this blog? Yes, I take requests! This article is the direct result of reader input, and I welcome your voice too. Leave your ideas and suggestions in the comment section below or send them in through the contact page. This blog is for you and I want to turn your thoughts into an Off Grid Ham article to share with everyone.