It’s not only about the cold. 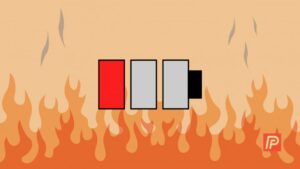 Most of the USA is going through a blazing hot summer! Here in the upper Midwest it’s been over 90F/32C every day for almost two weeks. As I write this it’s 87F/31C in Buffalo, New York. That doesn’t sound too bad until you consider that it’s past sundown there, and the average daily July high for Buffalo is only 80F/27C. Most off grid amateurs fuss about battery temperature when it’s cold. Have you ever thought about what heat does to batteries? If you haven’t you should.

The chemistry of heat. battery temperature

How heat effects batteries varies greatly depending on the type of battery, how it is used, and the current going into/out of the battery. Battery chemistry, which is quite complex, is made even more complex by changes in temperature.

In addition to ambient heat, batteries themselves generate heat when they are charged or discharged. So, we have two factors at play. The radio amateur has only limited control over these two factors. Managing heat, to the extent that you can, will give your batteries better performance and a longer service life. battery temperature

Few things have benefitted amateur radio like lithium batteries. They are so much lighter and more powerful than their predecessors that the step forward in technology can plausibly be compared to when the transistor replaced the vacuum tube.

But like their ancestors, extreme temperatures effect lithium batteries. Once a lithium reaches 113F/45C, it should not be charged because excessive gas buildup can cause a cell to bulge. Lithiums can be discharged at up to 140F/60C but will lose capacity as they reach the upper limit of their operating range. There is also evidence that the higher the beginning state of charge, the more capacity will be lost as the battery heats up.

All larger lithium batteries have an on-board battery management system (BMS) that controls charging and cell balancing. Usually these electronics will reduce the current or not let you charge or discharge at all outside of acceptable temperature parameters. The high limits may seem generous, but do not underestimate them. Leaving a battery in a car on a hot summer day can easily push it beyond 113F/60C. If you are operating outdoors on a hot day and connect a solar panel to your lithium battery, the ambient temperature plus heat generated by the charge has the potential to exceed established temperature limits. The bottom line is, if your lithium batteries do not already have temperature-compensating circuitry, then you’ll have to monitor battery heat yourself.

AGM, sealed lead acid, and gel cell batteries are cousins of each other and share similar characteristics. They’re very popular with amateurs due to their relatively low cost and ease of use. battery temperature

The top operating limit for AGM/SLA/gel batteries is 120F/49C. Like lithiums, AGM batteries will have reduced capacity at high temperatures and can also bulge/expand out. Thermal runaway is rare but possible. Overcharging generates heat and AGM batteries are especially sensitive to overcharging, so radio amateurs should be attentive when charging these batteries. A “smart charger” with a temperature probe would be ideal.

AGM-class batteries should not be discharged to less than 50% full. This presents a problem because they lose capacity at high temperatures. So if you have a battery that already has diminished capacity because it is hot, and then have to observe a 50% floor, that doesn’t leave much useful power for your equipment. At the same time, you will have to reduce charge current to avoid further overheating. The end result of all of this is a battery that will need to be charged more often and for longer periods. In a hot environment your AGM battery will for all practical purposes have less than half of its rated capacity. Lastly, long term exposure to heat will cut the service life of an AGM battery by half for every 15F rise above 77F (source).

Just like humans need more water when it’s hot, so too do flooded/wet cell batteries. Do not believe any claims that a flooded battery is “maintenance free”. I have flooded batteries on my home system and check the electrolyte level every six months. It’s surprising how much water they will take, and yes, they need more in the summer.

If you check your individual flooded cells with a hydrometer, for every 10F/7C above the reference standard of 80F/72C, add 0.004 to your hydrometer reading (0.005 for metric system users). Flooded batteries over 120F/49C should not be charged, or at least charged at a drastically reduced current.

Some rules for them all.

No matter what type of battery you use for your off grid activities, remember that heat is the enemy. Also, it’s important to clarify that what really matters is the internal temperature of the battery, not necessarily the ambient air temperature. It’s absolutely possible, even likely, for a battery to be hotter than that surrounding air, and vice-versa.

A good defense is to use a smart charger with a temperature probe. Some solar charge controllers will also have a probe option. This of course will not be helpful when discharging the battery. If your charging system will not monitor temperature, it may be worthwhile to buy a cheap infrared thermometer to check it manually. Assume that the internal temperature is several degrees higher than the surface temperature indicated on the thermometer.

Do not push boundaries and be aware of the warning signs. If your battery is making boiling or ticking sounds, has bubbles or liquid coming from the vents; emits odd odors, smoke or steam; bulges/expands, or is excessively hot to the touch, immediately disconnect it from all charges and loads. Allow the battery to stabilize in a well ventilated area, then discard it responsibly. Do not try to rejuvenate it with some lame trick you found on the internet. Do not think you can repurpose it on another project. These batteries cannot be “saved”. Any battery that has reached this point has no meaningful value as a power source and is probably dangerous.

8 thoughts on “When Your Batteries Are Boiling.”