Amateur radio means different things to different people. Some like to tinker and experiment. Others are into DX or contests, or maybe community service projects. No matter what your motivations are, amateur radio serves a secondary usefulness that goes far beyond just being a hobby or avocation. Threatening weather, fires, floods, civil unrest, large scale accidents, and a long list of other calamities can and do occur. No area of the world is truly safe from everything. The day may come when your pastimes are valuable survival skills. Are you ready to be the one others can count on when SHTF? You may get the job even if you don’t want it.

You’ve probably heard all the stereotypes about survivalists and preppers. While it’s true a small but highly visible minority of survivalists have unconventional and even bizarre ideas, the survivalists’ root theme is perfectly reasonable and rational: Major disruptions in society can and do occur and it’s wise to have survival skills and supplies that will help you deal with the situation.

Do you have a fire extinguisher and smoke detectors in your house? Why do you have these things when statistically you’ll live your entire life and and never need them? Are you some kind of paranoid weirdo?

Do you see where I’m going with this? Being prepared for things that are very unlikely to happen does not make one a prophesying crackpot. To some degree everyone is a survivalist/prepper; at what point being prudently prepared becomes kooky is a matter of either naiveté or cynicism, depending on your perspective. 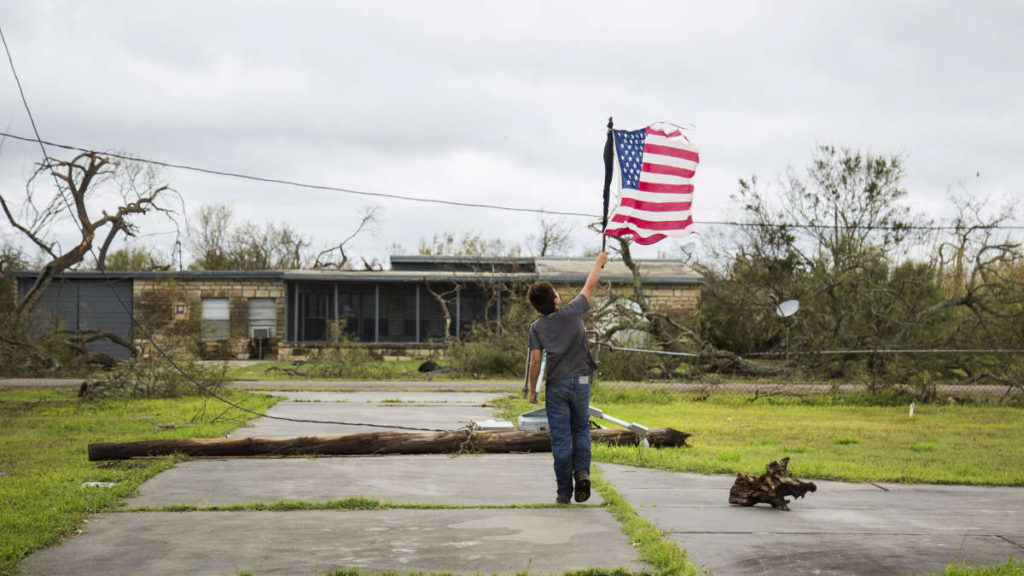 The maxim that amateur radio works when everything else fails may be a cliché, but it’s not inaccurate. The average off grid amateur already has most of the required equipment. The only missing piece is coming up with a plan to apply those survival skills in an actual SHTF situation. Reviewing a few basic concepts offers focus:

To whom or what do will you be communicating? Do you simply need to keep in touch with neighbors or are you part of a large network? How important are your communications? Do you even need to be on the air at all? Don’t make things more complicated than they need to be.

Do you really need DX? I’ve seen amateurs go through great trouble and expense to set up elaborate, high-wattage HF stations with the idea of having DX capability when doomsday comes. What’s the point? In general, being able to communicate over great distances is not a useful survival skill. When SHTF, you’re probably not going to care about talking to other continents, but you will be concerned about the next town or county. Unless you have a specific and clear reason for DX comms, then it’s probably not worthwhile for SHTF purposes. Most operators will not need any more than NVIS.

Data modes may be overrated. Data modes are not by default a bad idea for SHTF communications. They use transmit power very efficiently and can even provide a modest level of operational security. The down side is that the computers, software, and interfaces add more points of failure. Is having all the extra stuff worth it? Very carefully weigh the benefit of data modes versus the extra hassle and system complexity. Like DX, have a clear and deliberate reason.

Do you have enough power to pull you through?

Evaluate your power requirements and electric generating abilities in the context of a disaster situation. Having enough capacity to operate from the park for an afternoon just for fun may suit today’s goals, but what happens when it gets real? If you had to operate for an extended period using only your off grid power sources, could you do it?

Most off grid hams have an adequate inventory of radios, antennas, and associated hardware. The real weak point is power. Figuring out how much electrical capacity you’ll need is further complicated by unknown factors. You don’t really know how much radio operating you’ll do in a SHTF situation. You may be so busy dealing with other issues that you don’t have time to be on the radio. Or, your survival skills as a ham operator may be in such high demand that it will basically be a full time job. These two endpoints have very different power requirements.

Having no firm numbers, a good starting baseline is being able to generate enough off grid power to operate for a few hours a day. Don’t forget that you’ll need enough capability to run your radio and charge batteries at the same time. The Off Grid Ham 100 Watts for $300 Solar Power Plant is a great value for the money and will easily push a QRP HF radio with plenty of extra capacity to run a VHF rig and charge batteries.

If you do not have a scanner…get one!

Having a scanning receiver set up for all local public service & safety frequencies will be a goldmine of information in a SHTF incident. With so much focus on survival skills, simply listening to what is going on in your locale may be the most beneficial. Scanners are not that expensive. The Bearcat 355N (base) and SR30C (handheld) are each priced less than $100. They’re not high end receivers, but they have an excellent “bang for the buck”. There is no good excuse for anyone serious about being prepared not to have a scanner.

If you’re not already running low power transmit (QRP), you should consider it as a SHTF option. QRP is itself a survival skills subset within amateur radio. There is a bit of a learning curve, but once you learn the nuances of operating with only five watts or so, the benefits are huge. Low power operating allows you to scale down all your power infrastructure: solar panels, generators, batteries, everything, with only a modest transmit performance compromise.

You’ll need to plan for food, shelter, medical care, clean water, security and on and on. Off Grid Ham is not per se a “survivalist blog,” so this isn’t the venue to dive deep into those topics. I’m just here to focus on amateur radio. There are tons (and I do mean tons) of other internet resources produced by people far more qualified than me that can address other survival skills.

We started this article by pointing out that being prepared does not make one a paranoid nutjob. The problem is you may come across people who will think you are exactly that for making even modest preparations. These are the same people who will come begging for help when S hits the F. Most of us do not have a self-sustaining 100 acre retreat in the middle of no where to ride out armageddon. The best you can do is…the best you can do. Make the most of your resources and survival skills, however humble they may be.

These previous Off Grid Ham posts expand on concepts discussed in this article:

Getting Started in QRP.  -A general background for QRP newbies

100 Watts for $300 Solar Power Plant -One of the most popular articles on this website! Many OGH readers have built this effective and inexpensive DIY solar setup and got great results.

Scanner Introduction -Additional background and discussion of why scanners are an important part of any off grid radio amateur’s equipment inventory.

Radio Utility Monitoring -Expands on scanners and dives into HF too.

How Much Battery Do You Really Need? -Another very popular OGH article that goes into detail on factors to consider when calculating needed battery capacity.

Survival Blog  -The depth and breadth of SB cannot be overstated.  They cover pretty much everything.

7 thoughts on “Survival Skills: When It’s No Longer A Hobby.”