I came across an interesting discussion on an internet ham radio forum. The author, a ham, had misgivings because after being hounded (his term, not mine) to join an local emergency communications (EMCOMM) group, he finally had enough of the nagging and told them to shove it. Afterward he felt somewhat guilty for his harsh rebuke and wondered out loud if perhaps he was wrong.

Being from the internet and all, the story may be embellished or outright fake. But fake or not, it’s plausible. Normally the comment would not get my attention but my own experiences indicate that EMCOMM stirs up a lot of strong opinions. I think it’s worthwhile to explore why.

When being average is a bad idea. emcomm

He mentioned he had become sour towards EMCOMM because, in his mind, the hams who are into ENCOMM have an almost cult-like (again, his term) devotion to it. Calling it a cult is overdramatic, I think, but it does have a few adherents who are strangely enthusiastic.

He pointed out that emphasis on EMCOMM was not a valid path to attracting new followers into the hobby. Maybe he’s an Off Grid Ham reader because I’ve made the same point on this website before. The average person, kids in particular, believe disasters happen to others. They can be forgiven for thinking the guy with a buttload of radios and solar panels is a little odd.

Those who who read this blog, however, are not average. All of you have at least an elevated awareness of the importance of disaster readiness. Some of you are full blown doomsday preppers…not that there’s anything wrong with that. You are absolutely correct for doubting the guy who believes “being prepared” means having a working flashlight and a $10.00 first aid kit from Walgreens. 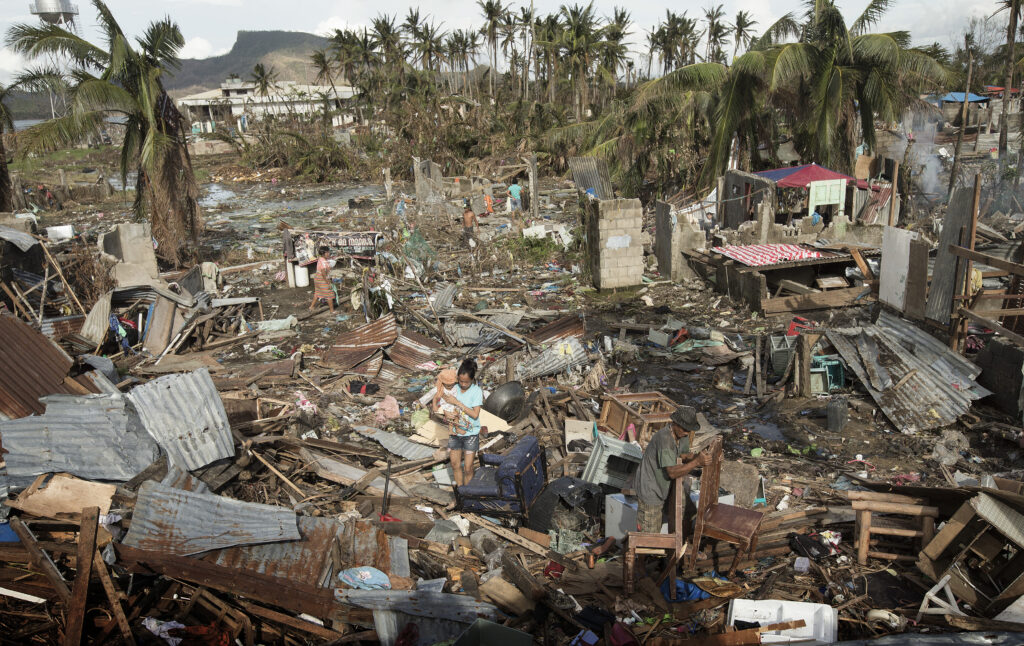 Here’s a thought: If a lot of people are into amateur radio only for its EMCOMM value, then they are not necessarily interested in advancing & encouraging the hobby. Radio is just a tool to them. There is no meaningful way to determine what percentage of the ham radio demographic fits into this category. Anecdotally, they seem to have more visibility in proportion to their numbers.

I don’t think EMCOMM diehards are a majority of hams, they just command a majority of the attention. If you don’t believe me, take a casual stroll around the internet. There are thousands of websites, forums, and social media pages dedicated solely to ham radio EMCOMM and disaster/SHTF, or peripherally related. Other aspects of radio? Yeah, they’re out there too, but in much smaller numbers. Media coverage of amateur radio is almost exclusively EMCOMM-related.

Here’s another thought: Suppose EMCOMM is the only reason xx percent of hams are in the hobby. Let’s also suppose they don’t enjoy it or even care about it as a hobby and have no appreciation for ham radio beyond its ENCOMM functions.

So how do we address the problem? Is it even a really a problem?

My response is, so what? There is no rule that every ham should go out and recruit other hams. Everyone is entitled to their own reasons for being a ham, without explanation. My passion is off grid radio. I believe in it so much that I created an entire website around the concept. I do it cheerfully. Trust me…this blog is very labor intensive. I also pay the costs out of my own pocket. No one, and I mean no one, would put up a website and crank out an original article every single month for five years unless they truly loved doing it.

But that’s me. Others may feel differently, and that’s fine. They may even think I’m the one who’s too “into it”.

Do we have a problem with overselling EMCOMM to justify amateur radio? I’m not convinced we do, but I sense things drifting in that direction. The angle of approach I take is that I want to advance amateur radio and encourage growth. SHTF communications is just a subset of that, not a purpose unto itself. To be clear, I am not saying that EMCOMM is not valid or worthwhile. I’m only saying that we can’t let this hobby become a one-trick pony.

There is a better way to do this. emcomm

The ARRL does a pretty good job of promoting amateur radio in a well-rounded way. Their videos and printed materials prominently include the STEM/STEAM aspects of the hobby, which is most attractive to young people. Community service is in there too, and of course EMCOMM. Offering a buffet of options within the large universe that is ham radio is a much more appealing message than shouting the hair-on-fire trope “you’ll need it when the cell towers and internet go dowwwwwwn!”

How you can help is to demonstrate your particular brand of amateur radio to others. Whether your “thing” is DXing, contests, parks on the air (POTA), youth groups, off grid operating, or experimenting, I am personally asking (not demanding) that you spread the word. We do not need animosity between the various ham radio tribes. There’s plenty of room in the spotlight for everyone.