Greater than the sum of its parts.

Along the summer I’ve collected bits and pieces of topic suggestions and ham radio news. Any one of them by itself is not worthwhile as an entire stand-alone Off Grid Ham article, and a few are not even directly ham radio-related. But collectively they are a buffet of ideas that off grid amateur radio operators will find interesting. Keep sending in your thoughts. Nearly everything you see on this website originated from reader input.

So, here’s what made the short list of my short summer stories:

The International Association for Energy Economics (IAEE) published this exceptionally geeky and very deep study that can be boiled down to one simple and obvious statement: Most people don’t want to live near energy infrastructure (ie, power plants). While a few solar panels on the roof aren’t particularly objectionable, dozens of huge wind turbines or a conventionally-fueled power plant in the neighborhood is another story. If it matters, the IAEE is supported in part by petroleum producers. ham radio news

I certainly believe in renewable/sustainable clean energy. However, I do not think it should be forced on anyone, and that would include building infrastructure near residential areas. This was an international study, so it’s hard to know if the political views of the respondents were considered. Here in the USA, we have a large contingent of “Learjet liberals” who moralize about how everyone else needs to sacrifice to fight climate change. Meanwhile, they themselves live opulent lifestyles that puke out more pollution and carbon in one day than most of us will produce in a year. ham radio news

There is an underreported story from several years ago where a very famous political family, along with a few of their rich friends, killed a wind energy project because it would ruin their view of the ocean. It’s not a coincidence that power plants, garbage dumps, sewage treatment facilities, etc., are never built in wealthy areas.

Sure, it’s a lot of fun to operate off grid ham radio. What about the tools and parts required to set up and maintain everything? If your off grid setup is just a portable QRP radio or a handheld, your maintenance needs are modest. Those with larger home systems, mobiles, portables, generators, etc., need to have the resources to keep them going.

Periodically go through your tools and supplies. Make sure everything is where it should be and nothing is missing. The other day I had to run to the hardware store for an electrical part. After the job was done and I was putting things away, I discovered that I already had the part in stock. It was just buried under a bunch of other stuff. Had I followed my own advice and been more organized, I could have saved myself that hardware store run. ham radio news

When the “you stupid dumbass!” self deprecating moment passed, I spent a little time inventorying my stuff. There was a lot of clutter and seldom-used tools. I found two pairs of the same pliers in my home repair tool bag, and no pliers at all in a separate tool kit I keep for electronics work.

My physical asset organizational failure, however minor, was 100% my fault. Luckily, the “penalty” was not very severe, but in a SHTF situation when small oversights can vastly change the outcome of the incident, details matter.

Even nothing costs something.  ham radio news

A statement by the FCC, confirmed by the ARRL, says that the FCC is “unlikely” to start charging the controversial $35.00 application fee for amateur radio licenses “before 2022”. That isn’t saying much since 2022 is only four-and-a-little-more months away.

While I don’t think $35.00 every ten years is a deal breaker for anyone, there is a larger principle here. The FCC long ago abdicated their responsibility to administer licensing tests and does not meaningfully enforce communications laws on the ham bands. Hell, they won’t even send you a printed paper license. So what exactly are they giving us for our $35.00? To paraphrase a popular 90s sitcom TV series, they are a government department about nothing.

It’s a moot point anyway. The fee is a done deal so there is no merit in parsing it any further. If you want to be a ham, it will cost you $35.00 just to get in the door.

By the way, renewing your license early does not extend the expiration date and buy you more time. If you’ve been thinking about getting your first license, or upgrading your current license, do it soon and save yourself a $35.00 totally junk fee.

Another deep and geeky research article out of Colorado State University affirms that cannabis production has a huge carbon footprint and consumes an amazing amount of energy and resources.

The authors state that growing pot outdoors requires 96% less energy than indoor farms, but nearly all cannabis is grown indoors, which involves energy-hungry grow lights, climate control to accommodate a year-round growing season, and of course water. Local ordinances often prohibit outdoor cannabis farms. Complicating things is that because cannabis is still illegal on the Federal level, pot growers do not qualify for tax breaks and grants intended to encourage energy-efficient farming.

Being a farmer is hard. Being a pot farmer is really hard. If someone could find an affordable way to adapt renewable energy to cannabis farms, pot would be a lot cleaner. This article from Mile High Magazine explains the CSU study in plain language.

Field Day 2021 has long faded from the rear view mirror, but you don’t need a special day to practice your off grid radio skills. Parks On The Air (POTA) is a fun and popular way to get off the grid as well as bring some positive public exposure to amateur radio. 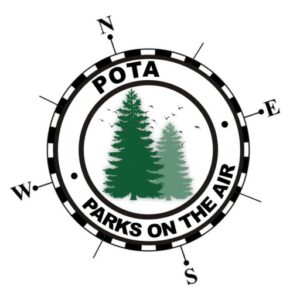 My only criticism about POTA (and it’s a small criticism) is that it is run like a quasi-contest. There are administrative hassles involved and it’s more structured than it needs to be. Still, it’s a hugely popular and worthwhile program. Of course, nothing is stopping you from plopping down in any favorite park and operating outside of the POTA system. Operating is operating, right?

Earlier this summer I brought my portable setup to a gun club where I’m a member. I announced on the club’s social media page a few days ahead of time that I’d be out there with my stuff and anyone who is curious is welcome to stop by. My expectations were low but it was a huge success! I was so busy talking to the numerous club members who came to see me that I didn’t have time to do much on-air operating. Next time, I’ll recruit a buddy to assist. One of us can run the radio while the other handles the face-to-face interactions. It wasn’t even an official club event. I was going out there to test my gear anyway and threw it out on social media for the heck of it.

So how have you been?

I hope everyone is doing well in a world where so much is going wrong. Keep those suggestions and feedback coming…your ideas are what push this blog forward.