Just over two weeks ago, traffic to Off Grid Ham exploded. By January 15, OGH racked up more page views and unique visitors than it usually gets in an entire month. At this writing the website has surpassed its previous monthly traffic record by many thousands of views/visitors, and January still has a week of life.  fcc warning to ham radio

At first I didn’t know what to make of it. Usually I see a bump in traffic whenever a new article is released or when an influential website re-blogs one of my articles. But at the time things took off, I had not yet posted a new January article and nearly all the traffic was coming from search engines, not from a bigger, more popular website.

The search terms used to find Off Grid Ham were very telling. They were disproportionately in the theme of “how to do off grid radio” and “ham radio for beginners”. The additional site visitors were almost exclusively from the United States searching the kind of terms someone new to ham radio might use, or maybe established hams looking to go off grid. It was a curious trend. Somehow, a lot of people were suddenly interested in ham radio. fcc warning to ham radio

The light bulb goes on. fcc warning to ham radio

On January 17, the FCC released an unusual advisory reminding the citizenry that it is illegal to use amateur or CB radio to plot or facilitate crimes, or to evade law enforcement. Almost immediately the statement made a huge buzz on the ham bands and radio-related social media pages. Even the ARRL took notice.

That’s when the light bulb in my head went on. The remarkable bump in traffic started immediately after the election-related riots in Washington DC In early January. Ten days later the FCC issued its warning. It all made sense now. fcc warning to ham radio

The glass is half full? fcc warning to ham radio 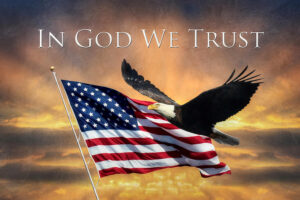 I’m a optimist, perhaps naively so. My friends and family will tell you that I put a positive spin on everything, sometimes to the point of looking foolish. I want to believe the jarring increase in traffic to this blog is from law abiding, patriotic Americans who have finally taken the hint and want telecommunications independence without infrastructure, the internet, or interference from the glaring & blatant bias “Big Tech” has against conservatives. The conservatives are not delusional. Big Tech really is out to get them!

But there is also a big part of me who thinks at least some of these new visitors are looking to use amateur radio for illicit purposes and are using my website to figure out how to do it. I may be naive, but I’m not stupid.

Ultimately, the FCC’s advisory is a paper tiger. Criminals are going to do as they please anyway; they’re not scared off by press releases. Who does the FCC think they’re kidding? It’s common knowledge that the FCC has almost zero interest in enforcing any rules relating to the ham bands. Yet there they are, issuing empty warnings that will be taken seriously only by people who were never a threat in the first place. If this pretzel logic sounds a lot like the ridiculous gun bans, you’re absolutely thinking in the correct lane.

How should the amateur radio community react?

Responsible amateurs are in a difficult position because they generally want to be welcoming and helpful but cannot necessarily foretell another person’s intentions. What we can do is be circumspect, ask questions, and make a more than average effort to figure out why someone is asking for help. If you hear talk of violence on air, notify law enforcement and the FCC. For its entire history amateur radio has been a self-policing avocation, and that system has worked very well. We don’t have to do much more than what we’ve already been doing for over 100 years. We are the stewards of the bands and the keepers of the integrity of the hobby; it’s on us to do everything we can to ensure it’s all on the up and up.

I have no control over who reads this website, nor can I divine what their motivations are. I can unequivocally state I will not knowingly assist, on any level, anyone seeking to provoke or participate in violence.

If you are here to learn about ham radio for benevolent reasons, I warmly welcome you and will cheerfully crank out as many articles as needed to set you on the right path. If you are here to research how to use ham radio for malicious purposes, I ask that you leave immediately and never come back. I don’t need or want your clicks. fcc warning to ham radio

14 thoughts on “To Whom It May Concern.”