Anyone who has been into ham radio even for a short time probably has at least a modest assortment of tools and test equipment. But jumping into the off grid world is its own unique situation requiring a few specialty tools that commercially powered hams don’t need. If you’re new at the off grid game, we’ll go through some tools and supplies that will make life easier. If you have a lot of off grid experience, I hope you’ll stick around for this article anyway and pick up a few ideas for Elmering newbies.

The basics, assumed.
This will not be a lengthy article on the importance of screwdrivers and pliers. Most people already own hand tools and a few power tools, most of which could be found on somewhere like power drill guru and the stuff used to fix things around the house has crossover use to ham radio. I’ll do an article on general purpose hand and power tools if there is reader demand, but for now I’m assuming everyone already has a basic tool set and knows how to use it.

The good news.
Most of the tools needed to build and maintain off grid systems are relatively inexpensive. Shop around, and consider used tools if your budget is tight: 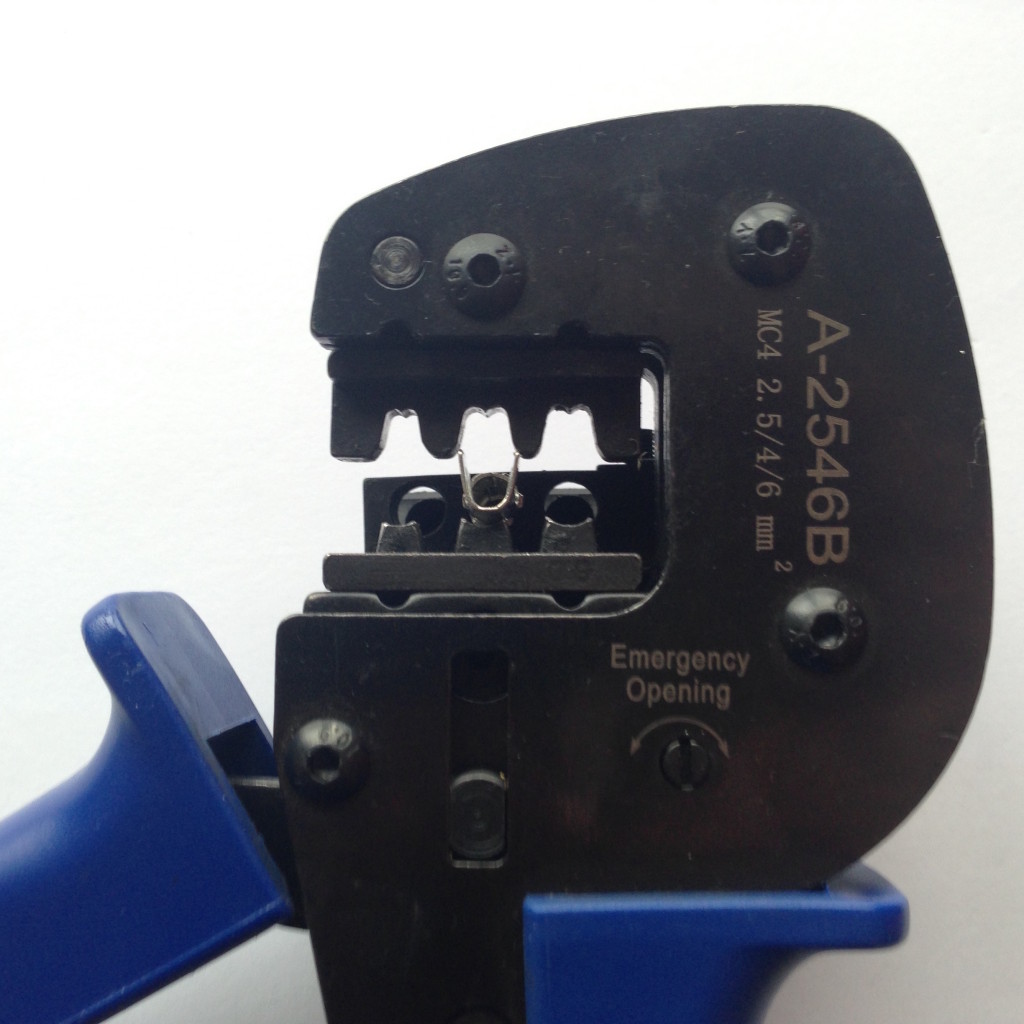 MC4 crimp tool: If you aspire to any sizable off grid power system, an MC4 crimper is a must-have for making custom length DC power cables. Buying cables with connectors already on them is always an option, but they are expensive and you’re limited to predetermined lengths, plus there is the issue of having to run cables through walls. MC4 crimp tools have the potential to pay for themselves in savings over manufactured cables. Added bonus: MC4 crimp tools work on Anderson power pole connectors too.

Shopper alert: Crimp tools can range wildly in price. You do not need to spend hundreds of dollars. Great crimp tools can be found in the $30-$60 range.

MC4 wrench: This simple plastic wrench is used in pairs to tighten MC4 connectors and release the safety tabs that hold the connectors together. You could probably get away without it, but since these tools are so inexpensive there isn’t a good reason not to have a set. Buy a few and keep them as spares because they tend to get lost. 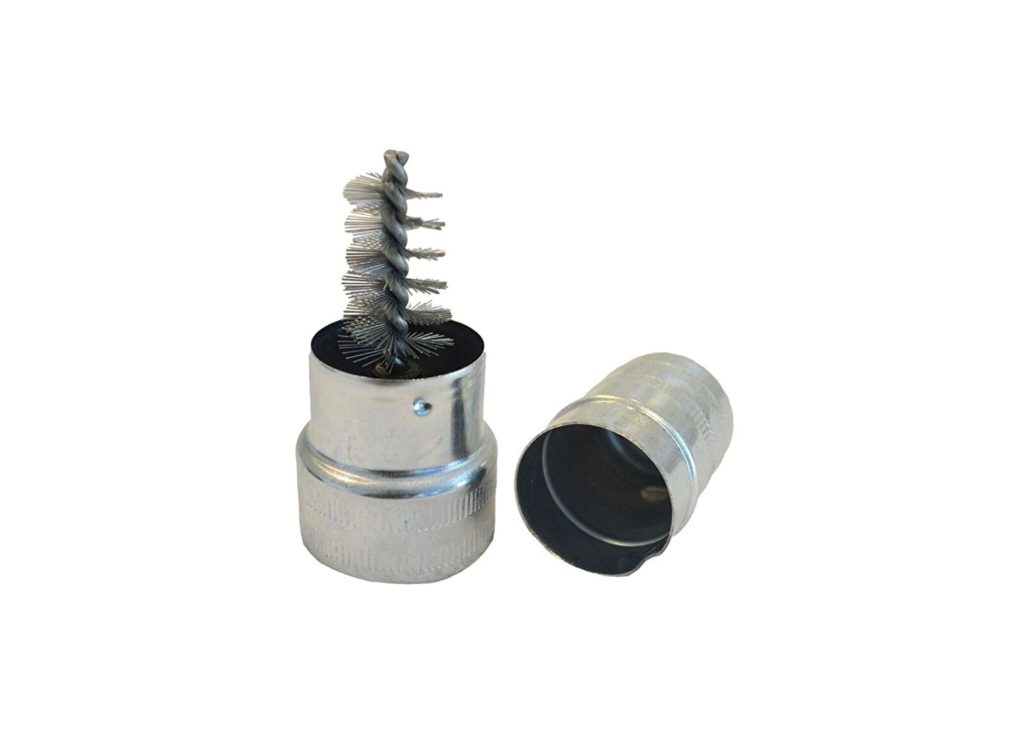 Wire battery brush: This is another low budget item. A detailed dive into technical theory is not needed here. It’s just a specially shaped wire brush to clean battery terminals. They come in different configurations. Don’t sweat the details on this. Just pick one and keep it handy with your other tools. 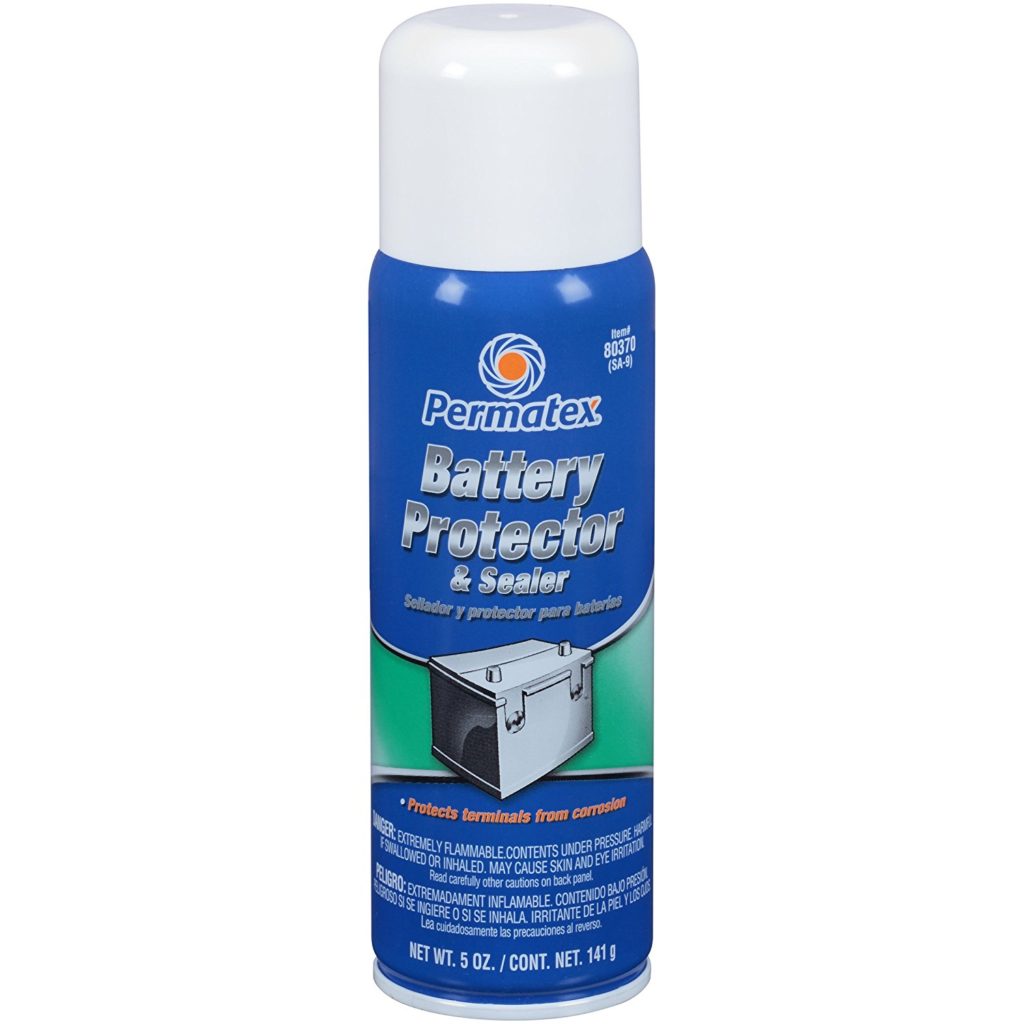 Battery compound: After you clean your battery terminals, give them a shot of battery compound. This substance is also available at any auto parts store and acts as an anti-corrosive. 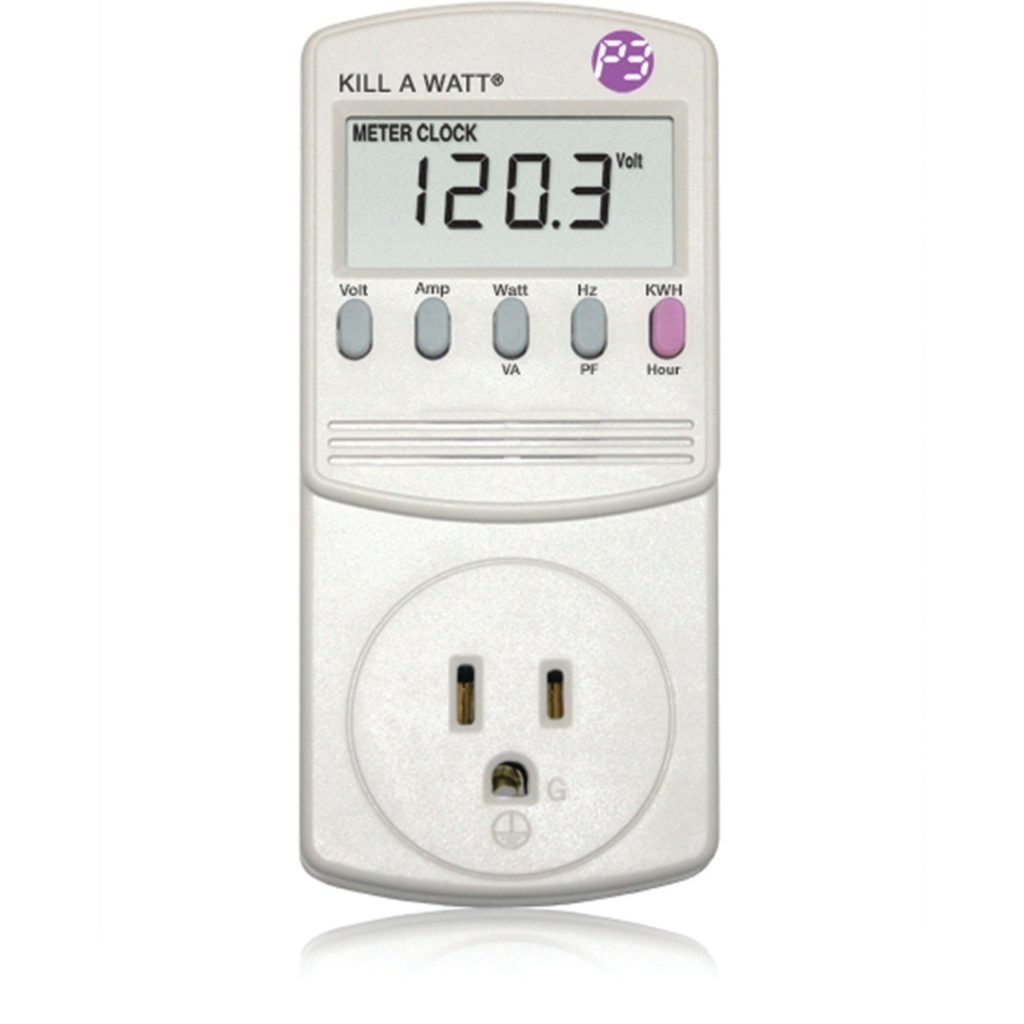 Kill-A-Watt, or power line monitor:. Kill-A-Watt is a proper noun but power line monitors come in many flavors. They are very useful for determining how much energy the devices in your home use in real-world applications and usually includes AC frequency and kilowatt-hours. You will be surprised at the difference between how much actual power your home uses compared to what you might mathematically estimate. A power line monitor is one of the handiest tools around for keeping track of every watt. 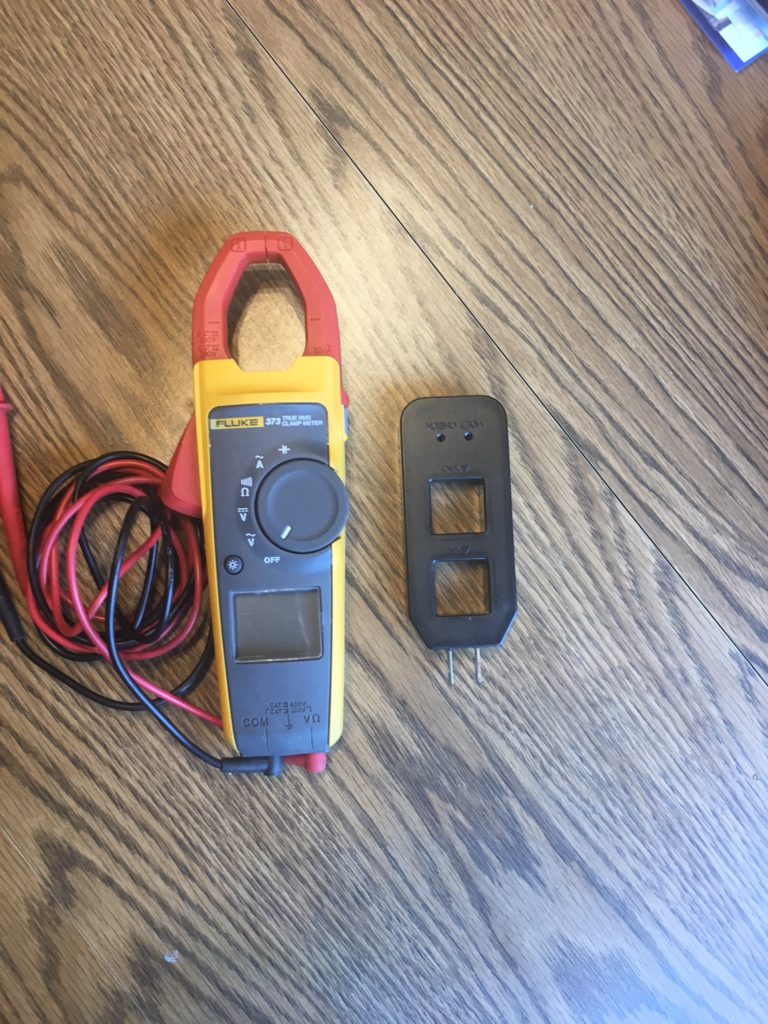 Clamp on ammeter, or “amp clamp”: Of all the tools on this list, this is the only one that can set you back a lot of money. A clamp on ammeter is exactly what it sounds like…a clamping device that measures current through a wire. This is useful for checking current output of batteries, solar arrays, and other circuits where the current is too high to measure directly through the meter itself. It also doubles as a volt meter.

An amp clamp will perform some of the duties of a power line monitor. For example: If you want to know the wattage demand of, say, a refrigerator, you would use the ammeter to measure current…then measure the voltage at the outlet…do the Ohm’s Law math and you have watts. It will not log power consumption over time and give detailed data like a true power monitor will, but it will help you gather most of the information you need.

Clamp ammeters range in price from around $40 all the way into the hundreds. And like most tools, you get what you pay for. I personally use and recommend Fluke brand instruments. Be prepared for a severe case of sticker shock; as a wise man told me, “buy once, cry once”. This is especially true with tools & test instruments. Some models will measure only AC current, so be sure to read the fine print. 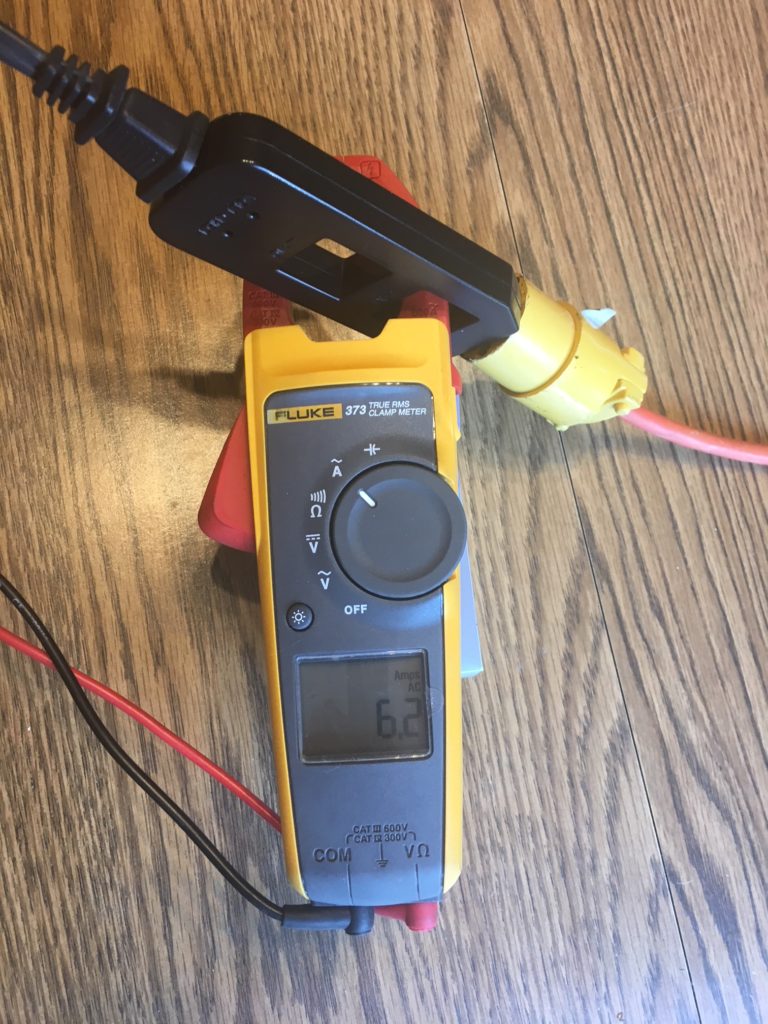 Correct use of a clamp ammeter and line splitter. This device is drawing 6.2 amps. OFF GRID HAM ORIGINAL PHOTO ©2017

There is one more little catch: A clamp ammeter only works when used on a single wire. For corded appliances where wires cannot be separated, you’ll need a line splitter. This very simple tool separates the conductors and gives you a point to apply the clamp. These tools only cost about ten or fifteen bucks, so if you’re going to splurge on an amp clamp, get the splitter too and extend the capabilities of the meter.

Battery hydrometer: Hooray for cheap but effective tools! A hydrometer measures the density of the electrolyte in flooded batteries and is an accurate indicator of the state of charge of the battery. It allows you to evaluate each individual cell as apposed to the battery as a whole. Warning: Using a hydrometer involves handing dangerous battery acid. Be sure to take appropriate safety precautions.

Cable cutters: You probably already have a pair of standard wire cutters. For off grid hams I suggest getting a pair of heavy cable cutters with rounded crescent blades. This will minimize cable deformation from the cutting process; connectors will be easier to attach. This may seem like an insignificant detail, but trust me, you’ll quickly see the advantage of having this tool.

What you need to know.
By default, the off grid ham already has a greater sense of awareness that problems can arise without warning, so being independent & prepared is not as much of a leap as it might be for the average grid-based ham. Having the right tools, before you need them, will give you the resources to keep the power flowing.

Resources.
This off grid ham article from March 2016 discusses MC4 connectors, including instructions on how to use crimp tools

This off grid ham article from August 2016 goes over the proper use of battery tools and offers information about general battery maintenance including hydrometers.

4 thoughts on “Tools of the Off Grid Trade.”