It seemed like a good idea at the time.

I don’t know how I compare to others, but my three-plus decade amateur radio career is littered with failed projects and off grid mistakes. Much of it can be explained away as valuable learning experiences, but as I look back, there were a lot of times when I could have and should have been more circumspect. Doing so would have avoided a lot of time, money, and hassles.

With that in mind, I compiled a list of common off-grid goofs. I’ve been guilty of all of them in some form, and I see them come up over and over with other hams. Learning from your own mistakes is always a good thing. Learning from someone else’s is even better!

If you get a 100 watt solar panel thinking “hey, I have a 100 watt radio, so it should all work out,” you are dong it all wrong. Regular OGH readers know it’s a lot more complicated than that. Where can things go sideways? Well, for starters the sun cannot be depended on all the time. Then there are inherent inefficiencies in every power system. Your radio may transmit 100 watts, but it consumes a lot more than that. You can actually get away with a small solar panel on a 100 watt radio, if you pay attention to duty cycle. Always allow for losses or risk being underpowered when you really need it. Off Grid Mistakes

Also, understand that you’ll never get full rated power out of any off grid system. I have a 650 watt solar power plant with monitoring software that records all kinds of detailed data about my system performance. I’ve never pulled 650 watts out of it, nor do I ever expect to. The best I do is around 540 watts during a “power window” that only lasts about two hours on sunny summer days.

We’ve all seen “that guy”. You know him…the operator who buys a 5000 watt generator to run a simple 100 watt HF setup and charge a few handheld batteries. The generator barely even knows its doing anything. This mistake is equally bad as under powering your station. In addition to the expense, you’re dealing with power-generating equipment that is a lot bigger and heavier than it needs to be. Having power generation capacity way beyond realistic operating needs is unnecessary and unproductive. off grid mistakes

This is probably the #1 most popular mistake. The hardware that makes up your off grid power system should be proportionate to the expected task. It should also have a clear and practical purpose. You don’t need 10 gauge wire and a 300 amp DC switch on a seven amp-hour battery! Yes, I’ve seen this! I’ve also seen elaborate LED light setups integrated into go boxes as well as unwarranted cooling fans, switches, buttons, fuses, and meters. 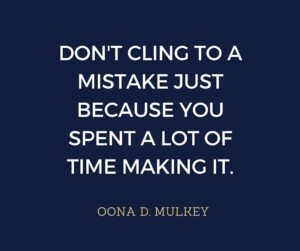 Admittedly, all this radio minutiae looks cool and is fun to show off. Yet in the end, that’s all it’s good for, and it adds many points of failure to deal with when the system malfunctions.

I recently saw a social media post by a new ham who was showing off his go box. It was beautiful! All bands, all modes including data, a huge lithium battery, and plenty of bling. He easily spent over $4000 on it. off grid mistakes

Here’s where he fell down: He mentioned that nearly all his ham activities involved community service work on 2-meters, such as supporting local parades, festivals, EMCOMM, etc. In other words, he will rarely if ever use 90% of the capability he has in that box. He spent thousands of dollars on a go box when all he really needed was a basic 2-meter radio. He could have made a very nice off grid VHF station for a few hundred dollars.

I guess if your goal is to have an off grid setup that looks slick and gets a lot of attention (and there’s nothing inherently wrong with that), then go for it. Spend the big bucks on your showboat station. But if you want something practical & functional, put some thought into what you’re trying to achieve. You can get by with a lot less than you think.

If you’re not already aware of the OH8STN YouTube Channel and blog,  I highly, highly recommend it. Julian walks the talk and knows how get things done with a minimum of fluffy extras.

This is the opposite of the previous point. I get it. I work hard for my money too. Keeping an eye on the bottom line is never a bad idea, but it’s a bad idea to think the bottom line is the only thing that matters. You’re really hurting yourself if your top goal is to meet a price point. People who do this almost always settle for less than what they really need, both from a product features/performance standpoint as well as build quality.

It’s important to consider how your off grid gear will be used. For example, if all you want is a solar panel to use once a year on Field Day, or for a kids science project, then going for the low end stuff is not such a bad idea. If you are a serious off grid radio operator or a survivalist/prepper, then it makes sense to get quality, name-brand equipment. The “sweet spot” will not be the same for everyone, but there aren’t too many situations when going for the cheapest stuff you can find pays off.

The same principle applies to radio equipment. Sure, that $30 VHF/UHF handheld radio is super-affordable. What happens in a few months when you grow tired of it, or it turns out to be less than you had hoped? You’ll be back on line shopping for the better radio that you should have bought in the first place.

In another internet post, a ham complained that his off grid power plant never seemed to work right. The photos told the whole story. He had everything connected with alligator clips and recycled stereo speaker wire. The solar controller was some pile of crap he got for $12.00 on Amazon. The solar panel was of unknown origin, purchased used at a swap meet. The battery was also used, from a junkyard. He bragged that the whole deal cost less than $100. It was $100 worth of nothing. Draw your own conclusions about what he’s doing wrong.

We’ve addressed this topic on Off Grid Ham numerous times. It happens mostly with survivalists/preppers, but anyone can fall into the trap. If you buy a bunch of off grid radio gear, stick it on a shelf “in case of an emergency” and otherwise never touch it, then you’re more or less wasting your money. Communications is a skill. Skills need to be constantly practiced and updated. Taking your gear out and using it exposes weak spots and gives you a chance to fix deficiencies under controlled conditions. When it really matters, there may not be enough time or resources to fix anything. off grid mistakes

I could go for hundreds of pages describing the ham radio mistakes I’ve made. No matter how long you do this, you’ll never reach a point where you know everything. If you see yourself in the previous points, don’t beat yourself up over it. Screwing up is an expected part of the process. Make a commitment to evolve, change, learn, and help others. The rest will sort itself out.

13 thoughts on “Avoid These Five Common Off Grid Mistakes!”