Off Grid Ham almost didn’t happen. I was already writing for a non-ham radio related website. I could barely handle what I had already; why take on more? And oh yeah, I also have a full time “real job”.

But I had so many ideas for radio articles, and the calling would not go away. I registered the offgridham.com domain in the summer of 2015 and immediately had second thoughts. I seriously considered abandoning this project before it even started.

I posted the first Off Grid Ham article on November 8, 2015. It was just a simple product review. Then I released a few articles with more substance. Site traffic was light, but encouraging. 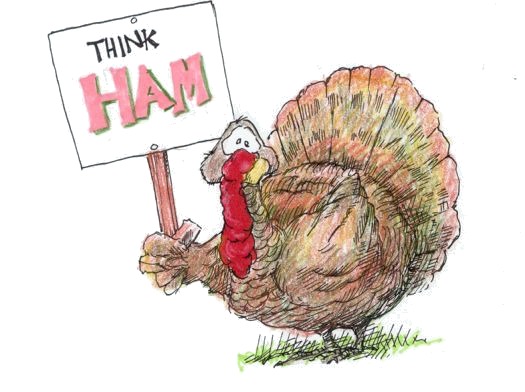 Going into 2016, it became obvious that I was onto something. Almost by accident, I found there was a palpable thirst for no-nonsense, practical, off grid amateur radio information, commentary, and affordable DIY projects. The word was spreading.

In the first five months of 2017, Off Grid Ham had more visitors than during all of 2016, and it’s on track to nearly triple last year’s numbers. Off Grid Ham now has thousands of monthly visitors from all over the world, with more checking in every day. What started as a minor side project became a consuming mission. I even drastically cut back on other my other writing assignment to focus on this website.

Being popular is nice of course but it’s not the end game. My real purpose is to make off grid ham radio accessible & understandable to anyone who cares enough to learn. It’s deeply gratifying to hear from readers who have benefitted from Off Grid Ham. I make a sincere effort to respond personally.

It’s not lost on me that none of this happens without you, the off grid ham radio community. You are the sole reason this website is successful.

I still need your help.
When Off Grid Ham started, there was no reader base from which to draw ideas. That’s not a problem anymore; many of the topics that appear here are the direct result of reader feedback. I’m perfectly fine with letting my audience decide what we talk about. Leave your thoughts in the public comments section after each article or email me at solarham@rocketmail.com. Your question or idea might be turned into an OGH article.

The last favor I’m asking is for everyone to spread the word about Off Grid Ham. Post OGH articles on social media and internet forums, tell others during on-air QSOs and in club newsletters. And be sure to invite new hams to come over and see what we’re doing here. The amateur radio hobby cannot grow without highly motivated, skilled operators.

Finally, a huge thank you!
You, the readers, are the true heart and soul of Off Grid Ham. Without you, I’m just some mope who types stuff up and chucks it onto the internet. So thank you very deeply for two years of making a difference to the radio amateur community and giving this website a reason to exist.

We’ve got a good thing going here, but there is more work to be done. I’d like to keep rolling with it.

From my home to yours…Happy Thanksgiving, and peace be with you!

11 thoughts on “Two Years of Off Grid Ham: A Thanksgiving Message.”