If you haven’t heard about Google’s Project Sunroof, it’s probably because the initiative is in its nascent stages and the news is buried in places only we alternative energy geeks bother to look, but like all things Google it will ultimately, quietly, soak into mainstream American life. When examined from the viewpoint of an off grid amateur radio operator, Project Sunroof is both interesting and concerning.

The basics.
Project Sunroof is an on line tool created by Google for evaluating the viability of solar energy in any given area right down to an exact location or street address. It provides estimates as to how much solar can be harvested, how much it will shave off an electric bill, and will even “helpfully” refer users to local contractors who will set you up with solar.

Using existing Google satellite imaging technology, Project Sunroof applies an algorithm that calculates the angle & arc of the sun, the orientation of your house with the sun, interfering objects such as trees, and average yearly sunshine. It even takes seasonal changes into account, so if your roof is shaded in December but not in June, Project Sunroof will know.

At face value, this is a treasure chest of useful data for the off grid ham. There’s no guesswork needed. Project Sunroof very accurately does all the calculations for you. If nothing else, it’s a brilliant integration of astronomy, computer science, highly complex math, and data mining.

Here’s where it gets creepy.
Nothing about Google should ever be accepted at face value. They always have an ulterior motive. The creepy factor is amped up by the magnifying glass logo and a title that sounds like a spy mission codename. Indeed, there’s more to this. Much more.

Indexing existing solar is very benign, according to Google: Homeowners are more likely to adopt solar themselves if their neighbors have it too, so Google will “helpfully” supply information about who has solar and who doesn’t. They also claim that it will produce a more accurate estimate of market penetration of solar in the USA and how much energy can be produced.

One of the components of Project Sunroof is that the algorithm is capable of analyzing satellite images, identifying existing solar installations, and plotting them on a map. No self reporting is required. Translation: If you already have solar panels on your house, Google is going to know, and so will everyone else. If you do not have solar, Google will announce that fact to the world too.

If your solar panels are not visible from the street, or you live in a remote area, the operational security (OPSEC) implications of being “outed” by Project Sunroof are obvious and quite unsettling. Likewise, for those who do not have solar installed, do you really want that data out there where any nosey neighbor, electric utility, or solar contractor can look it up?

There’s already too much information about us regular citizens floating around the public domain…and now Project Sunroof will be added to the list of intrusions. Of course, Google will be looking for ways to monetize the data without compensation to the source of the data (that would be you and me). Imagine the unsolicited sales pitches that will come out of this. Cha-ching!

At this time not all of the United States is cataloged in Project Sunroof, but before long it will be everywhere. Google plans to expand internationally as well. And those who live in remote areas should not feel too comfortable…the satellites will eventually find and tag you.

If anything, people in sparsely populated areas have more cause for concern. City dwellers might be just another dot in a sea of dots. But out in the country, you won’t be “lost in the mix,” so to speak. A solar installation identified at an isolated location implies that the property is occupied. The obscure retreat that used to blend in with miles and miles of empty & unremarkable geographical features and dirt roads will soon have a big bold dot on it that says, “HERE I AM!” 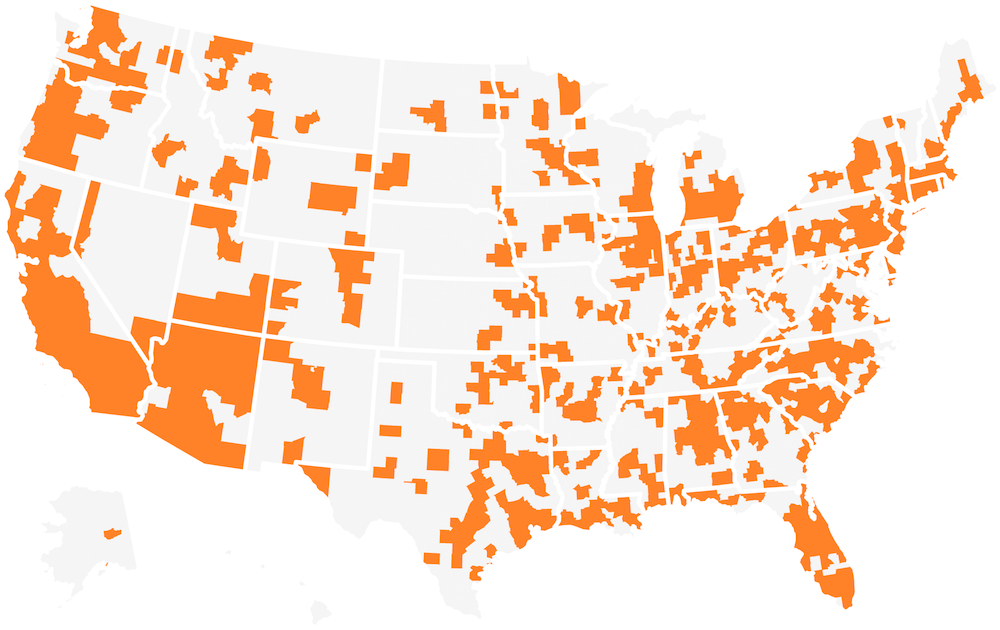 A lot of unanswered questions.
Of equal concern is what is not on the Project Sunroof website. There is no detailed explanation as to what is done with the collected data or if there is a way to opt out. The sparse FAQ page lists generic information about solar power and links to other resources.

I’m very curious to know how big a solar panel has to be to register in the algorithm. Exactly what counts as a “solar installation”? Will a small one foot square battery float panel show up? What about a single 100 watt panel? What about panels that are not physically attached to a building? What happens if you have a non-permanent setup, such as rental or vacation property, or a camp site? What happens if the algorithm incorrectly classifies you home?

I doubt I’m alone in my mistrust of Big Data. While Google’s Project Sunroof has the potential to be a great resource to the off grid ham, that resource comes with a price: It is intrusive without offering any options for those who do not want to participate. It’s too soon to know where this path will ultimately lead. Given Google’s prior history, I’m expecting that a big chunk of our private lives will be sold off in exchange for a comparatively small benefit.

6 thoughts on “Google’s Project Sunroof: Useful Tool That Uses Us As Tools.”