About a week in, the epic story of hurricane Harvey is still unfolding. Compelling video footage of human decency and nature’s violent fury are at the same time both uplifting and disturbing. No matter what else happens and no matter how devastating the damage, I am confidant that the American Spirit is alive and thriving. We as a nation will come out of hurricane Harvey better than we went in. I just know it.

In more practical matters, this is a good time for all radio amateurs to give themselves a reality check and take stock of their resources. If a major disaster hit right now and the only form of communication was amateur radio, would you be able to put an effective signal on the air?

It’s a trick question.
No one can genuinely prepare for every possible calamity, and the definition of an “effective signal” varies considerably. As much as my Off Grid Ham articles stress organization and planning, about 90% of being prepared is accepting that you don’t exactly know what is coming or when. And as hurricane Harvey exemplifies, having the best equipment and the most careful plan doesn’t matter if everything you own is under water. There is no plan against several feet of rain and 100+ mph winds other than to run for your life. 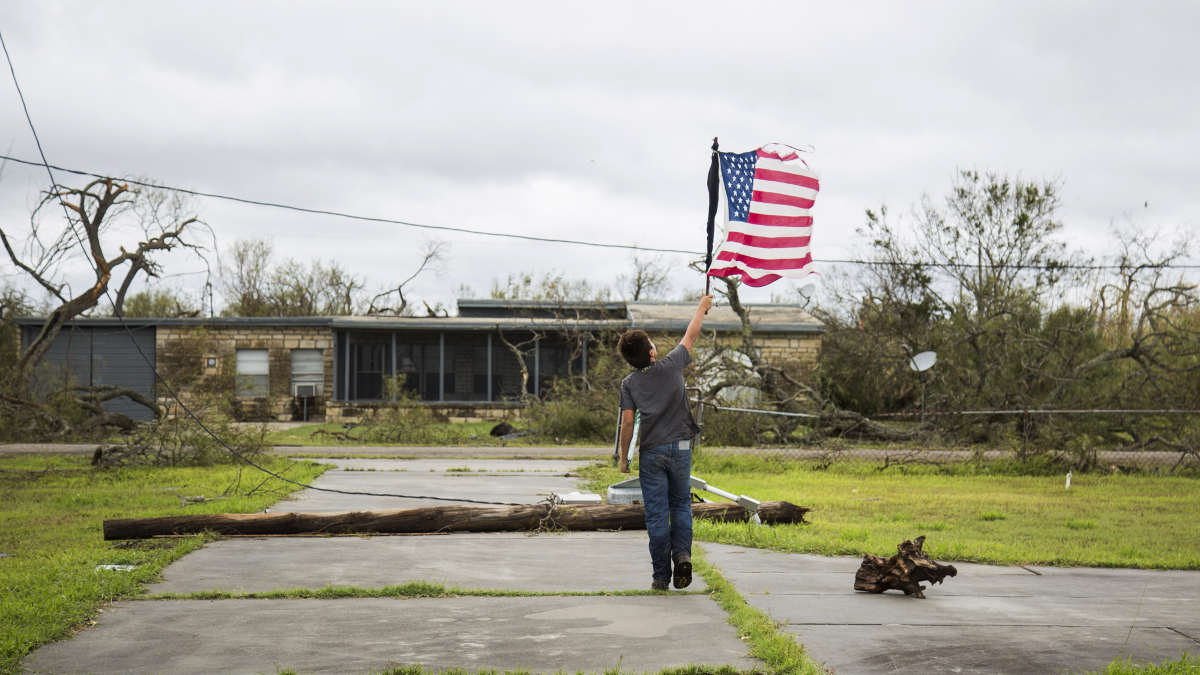 What you can –and should– do right now.
A famous radio talk show host once quipped, “hope is just disappointment delayed”. I’ll add to that: Hope is not a plan. If you have no means to operate off grid amateur radio, then get your rear end moving and come up with something. It does not need to be elaborate or expensive. Do the best you can with what you have. Even a $29.00 VHF/UHF handheld radio and way to charge the battery without commercial power will be a huge advantage when SHTF.

Being prepared is similar to gambling: You know you can’t cover all the possibilities, so go for the ones that are most likely. Don’t ignore the obvious out of worry for the obscure. I was once asked how to set up an doomsday off grid amateur radio station with a range of 650 miles by someone who did not even have a working fire extinguisher in their home! What do you think is more plausible: A cataclysm event that wipes out functioning society, or a kitchen fire?

It’s important to point out that in most disasters, the public communications networks are not disabled long term. As bad as hurricane Harvey was, the outages were highly localized. 911 (mostly) worked; whether or not emergency crews could respond is a different matter. Many residents live-streamed the storm on social media and gave phone interviews to cable news networks as hurricane Harvey raged outside and water filled their homes.

Still, believing the system will always come through when disaster hits is also a form of gambling, and I don’t mean in a fun get rich quick way. Having a backup plan that does not depend on the grid is a much safer bet. This Off Grid Ham article from July 2016 explains the public communications network in more detail.

The other important preparation is regularly practicing and training with your off grid amateur radio gear. At minimum, a few times a year make sure everything works, make sure all the accessories are in place, and charge the battery. Check programming and presets and change them as needed.

Other needs should be addressed ahead of time, too: Food, water, security, medical supplies, etc. Off Grid Ham is not per se a survivalist/prepper website, nor am I an authority on the topic, so we won’t be discussing SHTF survival in detail here. I do completely agree with the survivalist/prepper mindset and understand where they are coming from. There are plenty of credible resources on the web for those who want to learn.

The remarkable but unsurprising silence.
Off Grid Ham readers get it. I’m assuming that by virtue of reading this website you all accept on some level the need to be prepared. It’s everyone else, the ones who think “being prepared” means changing the battery in the smoke detector once a year, who should be concerned but probably aren’t. You don’t want to be “everyone else”. Hurricane Harvey, right here on American shores, unfolds before them on TV and yet they still think disasters happen to other people in faraway places. Mother Nature’s real-world cautionary tale is totally lost on them.

If you are safe and dry in a comfortable home, take a moment to offer humble gratitude for the abundant blessings you have received and pray that your not so fortunate neighbors and fellow Americans bounce back soon. Then go make preparations today, however small, to improve your odds of survival when some version of hurricane Harvey comes kicking through your door.

4 thoughts on “Hurricane Harvey Reality Check (some STILL won’t get the hint).”