The news of a solar panel import tariff broke so quickly and out of the blue that even geeks like me who closely follow alternative energy news & policy were caught off guard. There are a few things off grid amateur radio operators need to know about the solar panel tariff.

Alleged Section 201 violations are not litigated in court. Instead, the US International Trade Organization investigates the claims. The board then determines if the plaintiff has a legitimate case and recommends what, if anything, should be done. The US ITO can only suggest financial penalties (tariffs). As they are not a formal court, they do not have the authority to adjudicate alleged violations of other laws. US ITO conclusions are then passed along to the President, who without any requirement of Congressional consent has the unilateral authority to impose, partially impose, or dismiss the suggested penalties.

In September 2017 the US ITO board voted 4-0 in favor of the plaintiffs and moved on to the next phase of the process, recommending penalties. They have concluded with the penalty phase and sent their suggestions to the President as prescribed in Section 201.

That brings us to today. President Trump affirmed the ITO conclusions and signed an order that will impose tariffs on imported solar panels.

Placing it in context.
The mainstream media is promoting this as “Trump’s solar tariff” or the “Trump import taxes” or some similar wording. The President cannot just arise one morning and decide to impose solar panel tariffs. This process started over a year ago and has been throughly investigated by an independent agency. President Trump simply concurred with the US ITO report and signed off on the suggested tariffs. Closely associating Trump’s name with it implies he did this all by himself. It’s at best sloppy journalism and at worst deliberate media bias. 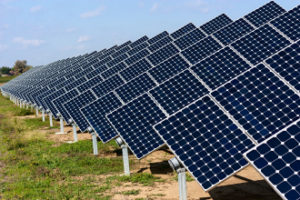 Whether or not this action is good or bad depends on who you ask and what your politics are. The plaintiffs are of course quite happy. And those who believe foreign nations undercut American jobs with labor and environmental standards that would be illegal (in some cases criminally illegal) in the United States will get a lot of gratification out of this decision. Lastly, the irony of one of the plaintiffs (Sunuvia) being a Chinese-owned subsidiary company should not be lost on anyone.

Professionals in the solar industry, installation contractors in particular, are alarmed. They are predicting a crash in solar expansion in the USA and a heavy loss of renewable energy jobs along with it due to a forecasted increase in the price of solar panels. Environmentalists are upset that fewer solar installations will mean more pollution.

Statements in the media that “the cost of solar panels will jump thirty percent!” are not completely untrue, but they are oversimplified. Some industry trade groups and experts are even claiming that the cost of solar “will double”. There is more to the story. The tariffs begin at $0.37/watt for assembled panels and go down to $0.33/watt over four years, after which the tariffs expire. Individual imported solar cells (from which panels are made) will have no tariff for the first 2.5 gigawatts. That’s not a lot considering last year just over 11 gigawatts of solar was deployed in the USA.

What you need to know.
I understand it’s a real buzzkill for those hoping to start their own systems or expand existing systems, but keep in mind that we’ve had artificially low prices on solar panels for a long time and the sweet deal could not last forever, tariff or not. I’m not going to spin the solar panel tariff as anything other than a setback, but it’s something that probably had to be. And for those who believe in “economic patriotism”, paying more to support American workers is worthwhile.

The cost of solar panels is going up, at least for a while, but I think prices will come back down as American manufacturers implement economies of scale. If you have been on the fence about going solar, hurry up and buy before the retailers update their web sites. Things are going to happen fast.

One of Off Grid Ham’s missions is to show radio amateurs how they can get the most for their money and that alternative power is practical and useful. That goal is not out of reach because of this tariff. In fact, it makes the OGH mission even more relevant. I’m committed to finding a way to make it happen and documenting everything on this website, so I hope you’ll stay with me and invite your friends to check out what we’re doing here.

6 thoughts on “Blinded By The Light: The Solar Panel Tariff.”