Radio amateurs are often motivated to have off grid power capabilities as part of preparing for short term emergencies and long term SHTF scenarios. But what about protecting your radio equipment and off grid systems? Your stuff can’t help you in a disaster if it’s the victim of a disaster itself. EMP, or electromagnetic pulse, is one of the most dangerous hazards to your radio & off grid gear, yet it’s seldom taken seriously. What is an EMP, why should you care, and what to do about them?

What exactly is an EMP?
In the simplest terms, an EMP is a short burst of electrical or magnetic energy. It can propagate through the air and does not necessarily need wire or any particular type of conductor to get from one place to another. The radio frequency of an EMP can vary depending on the source of the energy. EMP’s can occur literally anywhere in the spectrum from “DC to daylight”.

Where EMP’s come from & why they can be dangerous.
There are electromagnetic pulses all around us. Every time you turn on an electric motor, flip a light switch, or use almost any electrical device, an EMP of some kind is generated. The spark plug in your lawnmower generates an EMP; so does he static “crack” you sometimes experience when touching a metal object. Very powerful electromagnetic pulses can also come from lightning, the Sun, and nuclear explosions.

An electromagnetic pulse is very, very brief, on the order of nanoseconds (0.000000001). That doesn’t sound like a lot of time, and it isn’t, but it’s long enough to overload and permanently damage electrical circuits. The three “biggies” off grid hams need to be concerned with is EMP created by lightning, the Sun, and nuclear weapons. There is no meaningful danger from electromagnetic pulses emitted by common items, such as electric motors.

How an EMP damages electronics is very simple: The pulse of electrical or magnetic energy enters your equipment either through the air or through connected wires, which act like antennas. The energy overwhelms semiconductors, microprocessors, and other sensitive electronics, effectively burning them out and leaving you with a box of junk. Except for a direct lighting strike, there will be no visible damage. Your stuff just drops dead, or works erratically.

EMP’s are not inherently hazardous to humans, plants, or animals, but individuals with cardiac pacemakers or who depend on medical technology (oxygen generators, renal dialysis, CPAP machines, etc.) are vulnerable.

Electromagnetic pulses are a great unknown.
If you take a casual browse around the internet, you’ll find that EMP is a very popular topic on survival & prepping forums, yet they are barely mentioned in the amateur radio world. Unfortunately, most of what is out there is speculation and guessing by “internet experts”.

The truth is, there are very few real-world examples of what an electromagnetic pulse will do, and of the examples we have to draw from, none are recent enough to include computers, cellphones, the internet, or any modern technology.

The most often cited incident is the Carrington Event, which was a solar storm that emitted an enormous amount of energy that ultimately reached Earth. Technically, it was a coronal mass ejection (CME) that produced an EMP, and not an EMP itself. Carrington is not a particularly good case study because it happened in 1859 before there were modern electronics and power grids. What did exist at the time, telegraphs, were heavily damaged worldwide. Most experts agree that if the Carrington Event were to happen today, and this is not an exaggeration, it would very likely be an apocalyptic, civilization-altering SHTF incident.

More recently, the US government conducted a nuclear bomb experiment called Starfish Prime in 1962. While not intended specifically as an EMP test, it did produce some telling side effects. The resulting EMP fouled up scientific instruments used to monitor the test and caused major malfunctions in street lights and the telephone network in Hawaii, almost 900 miles away from the explosion point.

As radical Islamic terrorism and rogue nations such as North Korea continue to command headlines, attention to EMP hazards have been elevated. These concerns are legitimate: Some of the world’s nutjobs already have nuclear capabilities. That their capabilities are not well developed should not bring comfort to anyone. A poorly made nuclear weapon can still generate a devastating EMP even if it is not successful as a bomb.

The bottom line is that no one knows for sure what exactly will happen in an EMP event, other than it will probably be real, real bad. 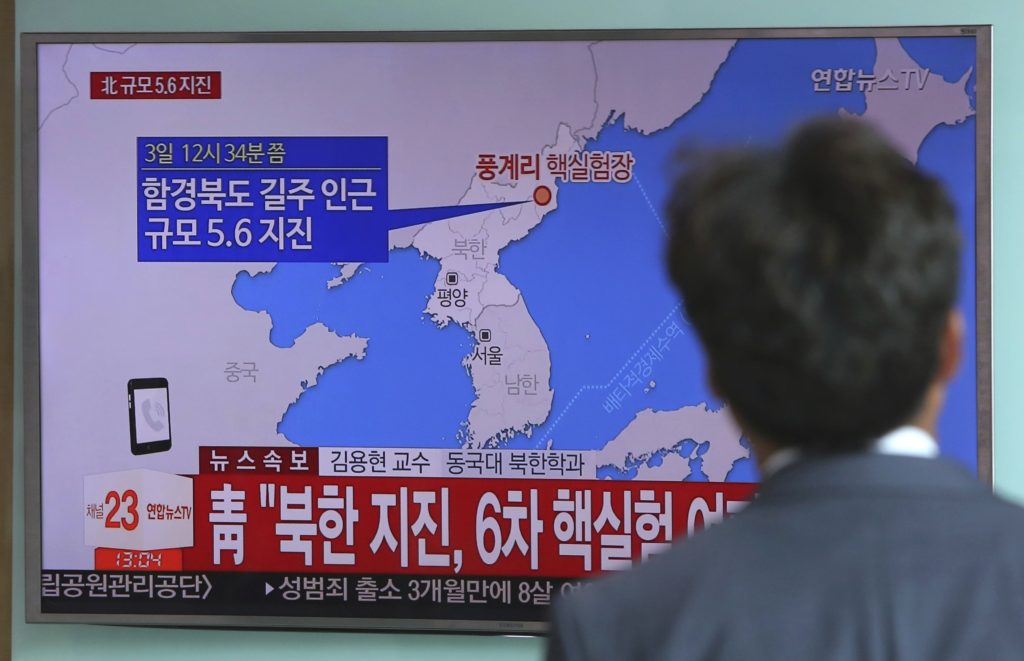 How off grid hams can protect themselves from an EMP.
As for what you can do to protect your electronics from electromagnetic pulses, there is good news and bad news. The good news is that it’s fairly easy and inexpensive. The bad news is that you will not know if your homebrew measures are effective until and unless you experience an actual EMP event, and if your protection is insufficient, there is no do-over. Without testing your EMP shielding in a lab, it’s just guessing and hoping you got it right.

Enclosures designed to protect from electromagnetic energy are collectively known as Faraday cages. Commercially made versions can run into thousands of dollars, so most radio amateurs make their own. An Off Grid Ham reader recently contacted me and proceeded to describe in great detail his plan for a very elaborate Faraday cage. It will probably work, but there is no need to go through that much trouble. As long as you follow a few guidelines, you should be ok:

A common method is to use a galvanized metal garbage can with a matching lid. Be sure to run some aluminum HVAC tape around the lid to make a good seal. Another cheap but less effective EMP shield is to place your electronics in a box, then wrap the box with a few layers of aluminum foil.

I’ve seen Faraday cages made from old microwave ovens, refrigerators, file cabinets…there’s a lot of imagination on YouTube. Again, it’s important to point out that none of these ideas are tested and proven and some are demonstrably ineffective.

Dispelling EMP myths.
All EMP solutions, including commercially made Faraday cages, will never be 100%. For example, a well sealed galvanized trash can will provide about 50 dB of attenuation. By comparison, the U.S. military requires a minimum of 80 dB, which is 1000 times more attenuation than 50 dB. Unless you’re using known, tested techniques and materials, EMP protection is just glorified gambling. Put forth your best effort and hope that it’s enough, but understand that there are no guarantees.

About using microwave ovens: It’s been floating around for years that a microwave oven is the perfect Faraday cage. They do provide an amazing level of shielding, but only at microwave frequencies! For everything else, they’re just another metal box. Don’t get suckered by the legend that you can stuff your stuff in a microwave oven and call it good.

Electromagnetic pulse and off grid power.
The off grid radio amateur has extra challenges. In addition to the usual radio equipment, all the things needed for off grid power need EMP protection too. At the very minimum, you’ll want to have a charge controller in your Faraday cage, and maybe an inverter too. Solar panels themselves are generally regarded as immune from all but the most severe EMP’s, but if you have panels with an integrated micro inverter, then you’re accepting a big vulnerability since there is no practical way to protect all of them. As added insurance it would be wise to stock a large conventional panel or two (without the micro inverter) as they do not need protection.

It’s understandable that not too many people can afford to buy extra equipment for the sole purpose of storing it “just in case”. Keep in mind that it’s a good idea to have two of everything, so if you do have spares, then protect them from EMP.

One option for those who do not have the means to own redundant equipment is to set up your working gear such that it can be quickly broken down and stored in a Faraday cage. If world events deteriorate or conditions on the Sun foretell an CME, then you can store your equipment in the cage until the danger passes. This of course is not an ideal plan, but since the factors that can incite electromagnetic pulses are (sort of) predictable, you will hopefully have some lead time to take action.

Another low budget possibility is to keep some older tube equipment around. Vacuum tubes have a built-in resistance to EMP (but are not “EMP proof”) and are far less likely to fail under EMP conditions. Tube equipment is also easier to repair if it breaks. Make sure you keep a spare set (or two) of tubes in a protected environment.

The goal is not to be perfect, it’s to do as much as you can to give yourself a fighting chance.

What you need to know.
The peril of electromagnetic pulses (EMP) are not delusional rants from way-out-there conspiracy theorists and doomsday survivalists. The threat is real, and the consequences are real, but there is a lot the average radio amateur can do to improve their odds of getting through it in one piece. Even with their unproven efficacy, homebrew solutions are much better than nothing and relatively easy & inexpensive to employ.

Resources.
Lights On by Jefferey Yago is an excellent reference for off grid power. While this book is not specifically about EMP, he does include a chapter that addresses the issue. By the way, Yago is no wannabe “internet expert”. He’s a real engineer with decades of professional experience in off grid power systems. Highly reccomended.

This lengthy report from The Center for the Study of the Presidency and Congress (CSPC) was co-authored by former Homeland Security Secretary Tom Ridge. It gives a good overview of the state of the US electrical grid and the threats to the national power system.

This U.S. Senate report covers a lot of the same ground as the CSPC research. Although the paper is not exactly unbiased & nonpartisan, it is nonetheless an insightful look at power grid vulnerabilities, including EMP threats.

7 thoughts on “EMP Protection For The Radio Amateur.”